GENESEO – Geneseo Police arrested a man for allegedly having sex with a child on multiple occasions.

“The victim told a family member, who called us,” said Osganian. “It’s a very serious case. We investigated thoroughly and these felony charges are the result.”

Alvarado-Perez is alleged to have had sex with a girl on three occasions from the time that she was 12 and 13.

Some of the alleged sex acts are believed to have occurred in the presence of a 1-year-old child.

The Livingston County Sheriff’s Office assisted in the investigation.

Police allege that Alvarado-Perez admitted to being an illegal immigrant during the investigation. Geneseo Police contacted U.S. Border Patrol and the Department of Homeland Security issued an immigration detainer. They may take him into federal custody later. 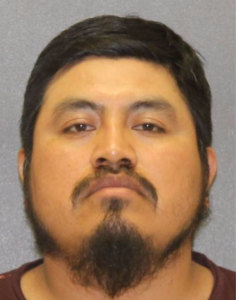