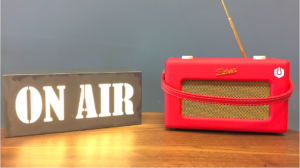 WGSU (89.3) is offering listeners a virtual version of the SUNY Geneseo campus radio station’s popular annual Genny Fest
Music Festival & Food-Truck Frenzy (canceled due to this year’s global pandemic) the May 15th at 5 pm.  Listeners can also access the event online at wgwu.radio.

The virtual version of the music festival will feature songs by and interviews with artists who were set to perform at this year’s Genny Fest — and a couple additional acts.

“‘Gen-E Fest’ aims to elevate artists amidst the COVID-19 shutdown,” WGSU Marketing Director Ben Michalak
says. “To demonstrate how we embrace our core value ‘community,’ we want to give musicians a platform to
speak their truth and discuss their music, while also connecting our audience to their work.”
■ Twen is a two-person melodic dream-pop band, originally from Boston. Vocalist Jane Fitzsimmons and
guitarist Ian Jones joined in 2017 and released their debut album, Awestruck, last year. Go to twenband.com.
■ Allison Leah (SUNY Geneseo alumna Allison Altschiller), who performed at the first two Genny Fests
(2018 and 2019), was set for a return engagement. This month, she released a new single, “We Can Still Sing,”
written and produced in response to the COVID-19 pandemic. The song premiered May 1 on WGSU.
Visit allisonleahmusic.com.
■ Three-piece all-female New York City-based Jackknife Stiletto rocked their way into the first Genny Fest,
in 2018. Band members Annie Stoic, Mel Funk and Foxy Roxy have released Chronicles of Jane (Vol. 1 and 2).
Go to jackknifestiletto.com.
■ Australian artist Elizabeth Fader recently released her first single, “Encore” — a solo effort separate from
her participation in the Sydney indie group Phantastic Ferniture. The song’s U.S. radio premiere was in April
on WGSU. Visit elizabethfader.com.
Genny Fest — and this year’s aptly named “Gen-E-Fest” — honor WGSU’s mascot, Genny (herself named for
an affectionate nickname for Geneseo). The music and food-truck festival had been slated for May 1. With its
cancelation due to the coronavirus pandemic, the station decided to move the virtual event to two weeks later
— closer to the actual end of the academic year. In addition to interviews and music, other artists aired by
WGSU will offer messages of congratulations and support to graduating seniors. (In place of this year’s
postponed commencement ceremony, SUNY Geneseo is hosting a virtual “Senior Send-off Tribute to the
Class of 2020” at 10 a.m. May 16. Go to geneseo.edu/commencement.)

The next Genny Fest Music Festival & Food-Truck Frenzy, benefiting Friends of WGSU and future Genny Fests,
is tentatively scheduled for May 7, 2021. For more information, contact Genny@geneseo.edu.