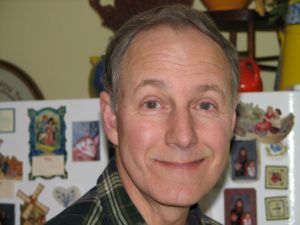 Born in Rochester on June 2, 1946, Bob was raised in York, graduating York Central High School in 1965.  He proudly served in the Navy prior to beginning his career as Journeyman/Foreman working out of IBEW Local 86.  Bob married Jen on June 30, 1973, living in Rochester before moving to Dansville in 1989.  His proudest accomplishments were being a friend to all and devoted husband, son, and father to Daniel, Carrie and Rebecca.  He was particularly proud to support Jen as she pursued her college degrees as a non-traditional student, as well as his children’s educational and career accomplishments.

The family would like to thank the entire staff of VA Western NY Healthcare System at Batavia for their care in his final days.

Friends may call Friday, July 2, 2021 from 10-11am at the Kevin W. Dougherty Funeral Home, 21 Big Tree Street, Livonia, where Bob’s memorial service will immediately follow at 11am.  Burial in the Western New York National Cemetery, Corfu, at a later date.  Memorial contributions may be made to the Michael J. Fox Foundation, PO Box 5014, Hagerstown, MD, 21741-5014, www.michaeljfox.org   To share a memory or send a condolence please visit: www.doughertyfuneralhomes.com