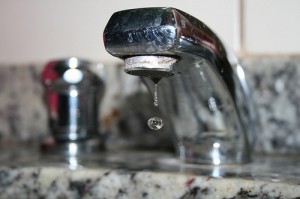 YORK – The Town of York has released a public notice that their water supply has contained higher-than-allowable levels of Trihalomethanes (THM’s) for the past four quarters.

“Our water system recently violated a drinking water standard,” says the notice by the Town of York. ” Although this is not an emergency, as our
customers, you have a right to know what happened, what you should do, and what we are doing to correct this situation.”

The notice says that the violation is not an immediate risk and that residents do not need to use an alternate water supply, like bottled water. The samples were collected at locations believed to contain the highest levels of TTHM’s and may not represent the entire drinking water system. However, the Town acknowledged studies that suggest that TTHM’s are carcinogenic.

“Some studies suggest that people who drink chlorinated water (which contain TTHM’s) or water containing elevated levels of TTHM’s
for long periods of time may have an increased risk for certain health effects,” said the notice. “For example, some studies of people who drank chlorinated drinking water for 20 to 30 years show that long term exposure to disinfection by-products (including TTHM’s) is associated with an increased risk for certain types of cancer. A few studies of women who drank water containing TTHM’s during pregnancy show an association between exposure to elevated levels of TTHM’s and small increased risks for low birth weights, miscarriages and birth defects.”

The notice added that it is not known whether the animals in these studies developed cancer as a result of the TTHM’s or some other factor.

“However, in each of the studies, how long and how frequently people actually drank the water, as well as how much TTHM’s the water contained is not known for certain,” continued the notice. “Therefore, we do not know for sure if the observed increases in risk for cancer and other health effects are due to TTHM’s or some other factor. The individual TTHM’s, chloroform, bromodichloromethane and dibromochloromethane cause cancer in laboratory animals exposed to high levels over their lifetimes. Chloroform, bromodichloromethane and dibromochloromethane are also known to cause effects in laboratory animals after high levels of exposure, primarily on the liver, kidney, nervous system and on their ability to bear healthy offspring. Chemicals that cause adverse health effects in laboratory animals after high levels of exposure may pose a risk for adverse health effects in humans exposed to lower levels over long periods of time.”

The Town of York, Town of Geneseo and Village of Geneseo share a 3 million-gallon water storage tank, which treats water from Conesus Lake to be used as drinking water. In August 2015, the Town of Geneseo announced that the levels of THM’s coming from the tank were at an all-time low, 34 micrograms per liter, due to a retrofit and altering the way water is drawn through the tank. There is no indication that the tank itself contains high levels of TTHM’s.

“The Town of York is working diligently with the Village of Geneseo on a flushing program to maintain water turnover in the system,” said the notice.

The notice said that the Town of York routinely monitors for the presence of drinking water contaminants. Testing results from the sample
collected on May 10, 2016 were 73 ug/l, below the MCL.

For emergencies, you may also reach the Department of Health after business hours or on weekends by calling the Livingston County Sheriff’s Office at (585) 243-7100. In an emergency, always call 911.