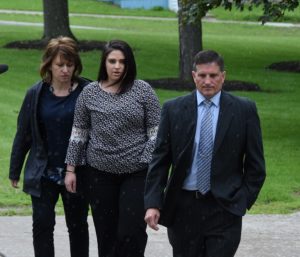 The Allens approach the courthouse on May 31. (Photo/Conrad Baker)

LIVINGSTON COUNTY – Danielle Allen’s high-profile manslaughter case is adjourned at the request of the defense.

On May 31, she appeared in court alongside her two attorneys, Cheryl Myers-Buth and Joel Daniels, both of whom are highly respected Buffalo criminal defense attorneys, to plead not guilty to one count of felony Manslaughter. 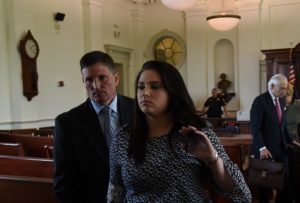 Rick and Danielle Allen leave the courtroom on May 31. (Photo/Conrad Baker) 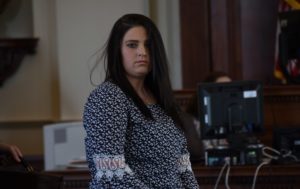