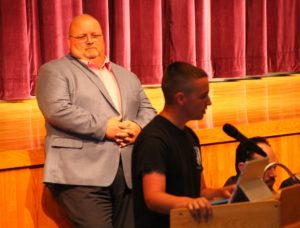 YORK – Dozens of local residents wholeheartedly backed Deputy Rebecca Kane at an emergency meeting of the York Central School District Board of Education (BOE) to consider replacing her with another Livingston County Sheriff’s Deputy.

The Board of Education called the meeting a fact finding session and said that they would not announce any decision after an executive session following the meeting. Teachers, staff, graduates, parents, current students and members of the local public are shocked that the district is considering removing Deputy Kane and backed her with personal stories and experiences about the profound trust that the members of the school have with her.

“As a board, we have to meet as a unit, we have to have discussions, we have to understand it, and some of the discussions cannot happen in public,” said BOE President Joseph Graves. “I understand your point of view, the emotions are running high this evening, I get that. We’re all community members here, too. I’ve had two children graduate here and really appreciate what the school system has done for my family. I have no doubt that it’s going to continue. We’re going to work through this.”

“I spent 12 years at this school and if I knew that one person cared about me during my time at York, it was Deputy Kane,” said a recent graduate of York Central School, wishing to only be identified as Anthony. “The reason I say that is because my middle and high school years weren’t the easiest. I dealt with many issues, bullying, being lonesome. I am here in support of her because she was always there in support of me, no matter what. She’s in support of everyone, and you see these people with signs, you’d be hard pressed to find anyone with one grief or gripe with Deputy Kane. I think that is what this is all about.”

Many attendees were confused as to why word of Kane’s termination came so suddenly that it required an emergency meeting.

“Why are we here? Why is this an issue?” continued Anthony. “Why wasn’t anyone informed of this ahead of time? If there was an issue, we would have heard about it. Nothing was ever mentioned about Deputy Kane doing anything wrong, so I find it funny that we are all sitting here in support of someone who might lose her job because a group of people found some reason that the majority disagrees with. I think Deputy Kane should keep her job and deserves an apology for having to go through all this.”

Graves said that more on the issue will be announced later.

“We have what I strongly believe is a very strong administrative team that has done a great job for our school,” said Graves. “Is this a bumpy road? Absolutely. Is it emotional? Absolutely. But I will not sit here and allow a lynch mob. We will get our information, we will have our discussion, you will hear more at a later date.” 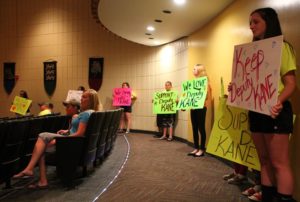 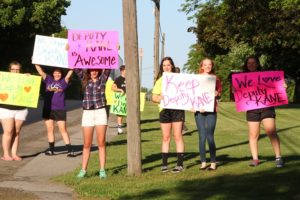 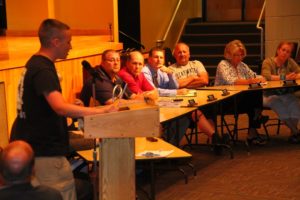 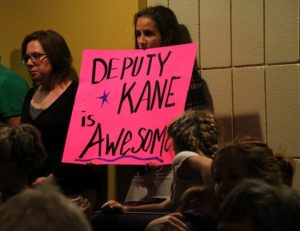 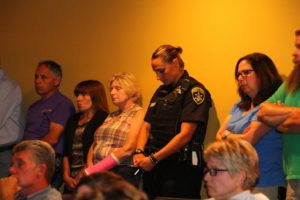