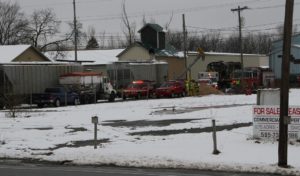 LIVONIA – A man working on the Livonia Avon and Lakeville Railroad (LA+L) fell into a railroad car and passed away Wednesday morning.

Livingston County Undersheriff Matt Bean said that the emergency call went out at 10:20 a.m. for a rescue effort for a worker fallen into a railroad car known as a ‘covered hopper’ filled with fertilizer.

“There were two employees here on scene,” said Bean. “We know that one employee did fall into the covered hopper.”

After investigators arrived, the Sheriff’s Office began a death investigation.

The Sheriff’s Office Forensic Identification Unit and Criminal Investigations Division are investigating the death. The accident was on the LA+L between Stone Hill Road and Rte. 20A (Big Tree Road).

“We believe right now that the fertilizer that offloads became jammed and wouldn’t successfully unload,” said Bean. “The employees were possibly trying to get that fertilizer to break up or get into a state where it could be offloaded. But that’s still preliminary in our investigation.”

The worker’s name and the name of his company are being withheld pending further notifications. 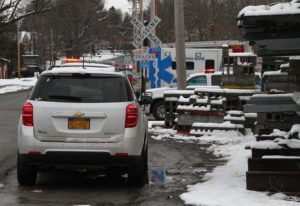 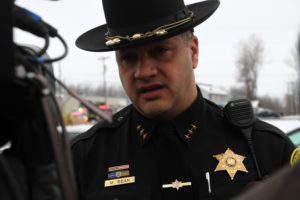 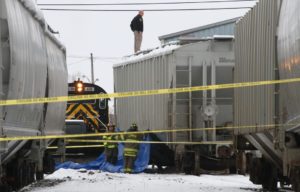