GENESEO – Complaints of money wiring in Geneseo increased over the past week.

Geneseo Police Chief Eric Osganian said that scam complaints started to spring up over the past week.

“We started getting some complaints so we wanted to put out an advisory,” said Osganian. “We’ve received two or three reports, but we want residents to be aware that this is going on so if they get a call like this they know that it’s likely a scam.”

Osganian’s advisory said that these scam calls usually involve a person hiding their true identity and trying to convince the victim that they need to wire money to claim a prize or avoid a punishment.

“Scam artists have one thing in common. They pretend to be someone they aren’t and tell you a bogus story to con you into wiring them money,” said Osganian. “The crooks will give you a pretty convincing reason to wire money. They might say you owe the IRS taxes and you’ll be arrested if you don’t pay up. Or that you won the lottery and you have to pay a processing fee to get your money. Some even tell you a loved one’s in trouble and needs your help.”

The advisory says that once money is sent to a scam artist, there is no way to recover it.

“They might tell you to use a money wiring service to add funds to a 16-digit account number they give you,” said Osganian. “They say it’s your case number or account number, but it’s not. Once the transfer goes through, the money’s gone and you can’t get it back.”

Police said in the advisory that any call from someone claiming to be a government agency or a legitimate business asking for wired money will always be a scam.

“Government agencies will never ask you to pay by wiring money,” said Osganian. “Neither will legitimate businesses. If someone insists you pay by wiring money, it’s a scam. Don’t do it. Instead, report it to the Federal Trade Commission at ftc.gov/complaint or 1-877-FTC-HELP and contact the Geneseo Police Department.” 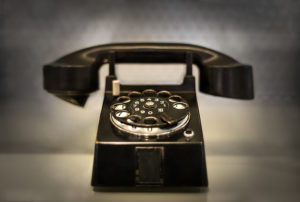