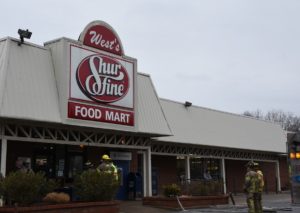 LIVONIA – West’s Shurfine is still open despite a bit of excitement Thursday afternoon.

The store is open with only its deli closed for now.

“Everyone did a great job getting on scene quickly and identifying the problem,” said Livonia Fire Chief Richard Alexander. “The store is back open with none of the structure damaged.”

Alexander said that the explosion was the result of a problem with a fuse box, which did catch fire but did not spread to any of the structure. There was white smoke in the store for a brief time.

Customers evacuated the store without incident.

The East Avon Fire Department was originally dispatched as a firefighter assist and search team (FAST) but were later cancelled. 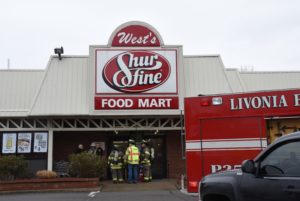