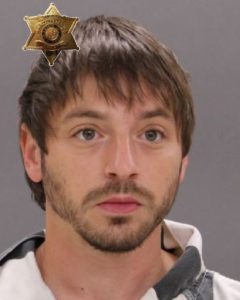 On July 15, 2021 at approximately 4:35pm, Deputy Michael Phillips was assigned to the Sheriff’s Office STOP DWI Unit when he conducted a traffic stop with a vehicle on West Lake Road, in the
Town of Geneseo, for a violation of the NYS Vehicle and Traffic Law.  The operator of the vehicle was identified as Brian M. Wills, age 31 from Pittsford, NY. During the stop, the Deputy Sheriff suspected that Wills was under the influence of alcohol. The Deputy Sheriff did advise Wills to exit the vehicle for a DWI investigation at which time Wills refused to exit the vehicle. At the conclusion of the roadside investigation, Wills was taken into custody for DWI.

Wills was then transported to the Sheriff’s Office Headquarters in Geneseo where he was offered a breathalyzer to determine his blood alcohol content (BAC) however, Wills refused to take the test.  A records check revealed that Wills had a previous conviction for DWI in January of 2017.  Wills was arrested and charged with felony Driving While Intoxicated and Obstructing a Governmental Administration in the Second Degree.

Wills was turned over to Central Booking Deputies at the Livingston County Jail for processing and pre-arraignment detention. The offenses did qualify for arraignment as the Judge can invoke driving restrictions however, the Judge cannot set bail under the NYS Justice Reform Act.  Wills was later arraigned at the Livingston County Centralized Arraignment Part (LC-CAP) at the
Livingston County Jail before Town of Mount Morris Justice David Provo. The Judge did release Wills on his own recognizance, per the law, with a future court date provided and Deputies did set him free.