The Sheriff’s Office alleges that Garrison applied for and had been receiving benefits from the Livingston County Department of Social Services, including benefits for her children who she reported were lived with her.

At the conclusion of this investigation, it was determined that the children were not living with Garrison and therefore she was not entitled to the benefits.

Garrison’s failure to disclose this information to DSS resulted in her receiving $1,235 in benefits that she was not entitled to receive.

On Dec. 7, Garrison was arrested by Sheriff’s Investigator Dan Rittenhouse.

Garrison was turned over to Central Booking Deputies at the Livingston County Jail for processing and pre-arraignment detention. 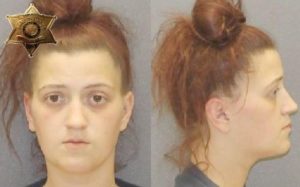