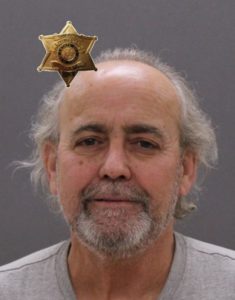 On September 4th, 2020 Deputy William Clarke responded to an address on Groveland Station Road in the Town of Sparta for a general call for service regarding a welfare check.

While on location speaking with the resident, 65 year old Douglas L. Stanley, the Deputy Sheriff  discovered a marihuana growing operation inside the residence. The growing operation consisted of  thirty (30) marihuana plants, ranging between different stages of growth, which yielded eight point  three (8.3) ounces of marihuana. The evidence was secured and sent to a forensic lab for testing.

On March 2nd, 2021 Stanley was arrested and charged with felony Criminal Possession of  Marihuana in the 2nd Degree and Unlawful Growing of Cannabis after test results showed the  suspected marihuana tested positive for THC.

Stanley was transported and turned over to Central Booking Deputies at the Livingston County Jail for  processing and released on an appearance ticket to return to the Sparta Town Court at a later date,  as the offense did not qualify for arraignment under the NYS Justice Reform Act.

Assisting with the investigation on scene for the Sheriff’s Office was Deputy David Richardson of the  Patrol Division and Sergeant Caleb Cutting of the Forensic Identification Unit (FIU).