According to Livingston County Sheriff Thomas Dougherty, Montrya Brown, 26, and Levert Giles, 28, were each arrested for felony possession of stolen property.

“This technology was expensive but the value of it is seen here because no civilians were hurt by a high-speed chase,” said Dougherty. “If not for this technology, that chase would have gone right through the Village of Mount Morris at high speed. Instead, the driver stopped and surrendered immediately. It doesn’t get better than that.”

Deputy Matt Thomas was on 390 as part of Operation Safe Interstate when he ran the plate of a vehicle in front of him and saw that it was reported stolen. He turned on his lights and sirens in the area of Exit 7, but the vehicle allegedly took off toward Mount Morris.

Deputy Brandan Flickner was in the area with a patrol vehicle equipped with one of the Sheriff’s Office’s new ‘Star Chase’ GPS tracking darts. He caught up to the vehicle and fired a Star Chase dart. The vehicle immediately pulled over and the occupants, identified as Brown and Giles, cooperated.

Deputies took both into custody.

Giles was charged with felony Criminal Possession of Stolen Property in the Fourth Degree.

Both are currently held at the Livingston County Jail awaiting arraignment.

StarChase equipment cost the Sheriff’s Office $5,000. Each projectile costs $250 and is replaced for free when a Deputy uses one in the field, like in this case. 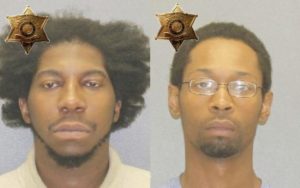 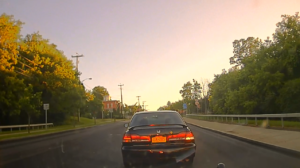