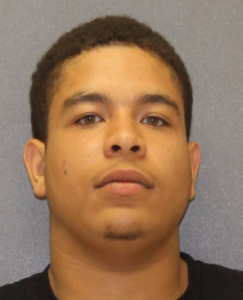 GENESEO – A man who was sought on felony charges has turned himself in to the Geneseo Police Department.

A Geneseo Justice signed a warrant for his arrest following a Geneseo Police Department investigation into a domestic incident on Sept. 21.

Dolison allegedly damaged a front door and injured and choked a female in the presence of a one year old child on Meadow Drive in the Highlands Apartment Complex. Until now, Dolison stayed away from police.

Charges are also pending against Dolison for misdemeanor Criminal Trespass in the Second Degree for a separate incident on Meadow Drive. Geneseo Police arrested him on that charge on Aug. 2, 2016.