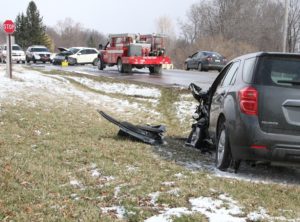 The SUV’s are thought to have spun around each other and were far apart by the time first responders arrived.(Photo/Conrad Baker)

NUNDA – Rapidly deteriorating weather conditions are thought to have caused a head-on collision on Rte. 408 in Nunda late Friday morning.

According to first responders on scene, the two SUV’s were on Rte. 408 in opposite directions when they collided in the area of Pentagass Road. Each car contained one person.

Neither driver is thought to have suffered life-threatening injuries.

The accident is thought to have been due to poor visibility.

Visibility deteriorated to near zero at the time of the accident, about 11:15 a.m., but completely cleared while emergency crews worked. Minutes later, another squall again caused near white-out conditions.

Firefighters with the Nunda Fire Department responded to the accident and cut one victim from their vehicle. An ambulance crew transported that victim to a hospital.

Traffic was closed on Rte. 408 in the area of Pentagass and Cole Roads but has since reopened. 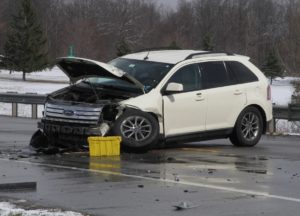 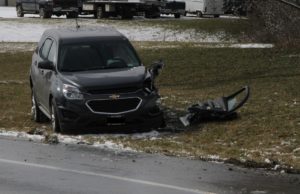 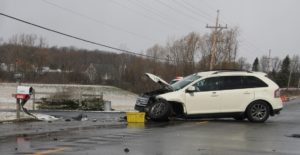 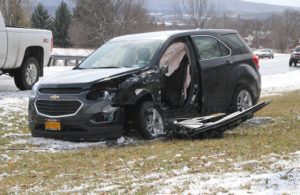