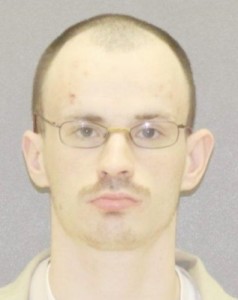 According to a press release from Livingston County Sheriff Thomas Dougherty, Davin Bonner, 24, was arrested for felony Assault on a Peace Officer or Police Officer.

At about 12:55 p.m. on March 8, corrections staff responded to a report of an unruly inmate, Bonner, in ‘B pod.’ While Deputies tried to secure Bonner, he resisted and allegedly broke a Deputy’s ribs.

Bonner was subdued and placed in restraints.

Bonner was serving an 8-month local sentence on a misdemeanor Criminal Trespass conviction out of Village of Geneseo Court.

This allegation could have serious consequences for Bonner if he is found guilty.

According to the New York State Department of Corrections, he served more than a year in Attica Correctional Facility starting in 2013 for felony Burglary in the Second Degree and felony Grand Larceny in the Fourth Degree he committed in Livingston County.

If convicted, he would be adjudicated a second felony offender and would be sentenced to between 5 and 15 years in prison.