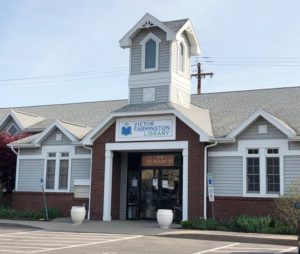 Although voters in the Town of Victor approved their school budget vote, and propositions for bus purchases and a capital reserve fund, a vote on a combined Farmington-Victor library, which was voted on at the school election, was resoundingly defeated by a vote of 3,256-1,415. The new $16.6 million dollar library was to be located at 160 School St. in the village of Victor, and would have opened in 2024.

Several weeks before the vote, lawn signs started popping up, urging people to vote “no” on the proposed new library, mostly because of the projected tax increase. At the time of the planning of the library, officials felt most would support it, and did not hear much opposition to the idea;  and so, went ahead with the planning and cost projections.

The existing  8900  sq. ft. library was built in 1995 on Main St.; however, in the last 30 years, the population of the area has burgeoned, and with it, the number of people using the facility which provides not only books and research materials, but also internet use, casual reading spaces, programs, and other library use for the library which was built to serve about 15,000 people. The current number of users is about 25,000.

There are no plans for a revote, and library officials, although disappointed, will continue to serve patrons the best they can at their current facility on Main St.