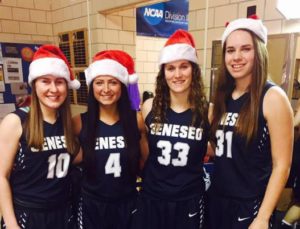 GENESEO – The SUNY Geneseo freshman who lost her life in a collision with a tractor trailer on Tuesday is identified as Savannah Williams, 18.

According to a press release from Livingston County Sheriff Thomas Dougherty, the preliminary investigation indicates that Williams pulled out of Court Street and into the path of the northbound tractor tailer which was driven by Robert Wilkinson, 24. Wilkinson was not injured but badly shaken by the collision.

According to the SUNY Geneseo Women’s Basketball page geneseoknights.com, Williams was a Freshman and played forward for the team. She was born in Hamilton, NY and raised in Norwich, NY by parents Mark and Shari.

Williams was a biochemistry major and Bills fan who enjoyed hiking and hanging out with her family.

She is survived by her parents and her two older brothers, Alexander and Zachary.

The site says that Williams ‘started playing when she was five because her brothers played sports and she looked up to them.’

On the site, Williams named her dad as having the most influence on her athletic career because “he has always been one of the biggest supporters for me and gives advice about the game in a calm and rational way that gets through to me.”

To the SUNY Geneseo community:
I am deeply saddened to inform the campus community that Savannah Williams, a first-year student from Norwich, NY, was killed in a motor vehicle accident on Tuesday, December 20.
Savannah was a 2016 graduate of Norwich High School in Norwich, NY. At Geneseo, she majored in biochemistry and was a member of the women’s basketball team. Savannah quickly found a new home at Geneseo and was thrilled to be a part of this community.
President Battles has already spoken with Savannah’s family to convey our heartfelt condolences. As a community, we all share the pain of this loss, which we feel even more acutely during the holiday season.
Counseling Services will be available today and Thursday for anyone who might need access to their resources. Call 585-245-5716 for an appointment.
We will pass along information on calling hours and funeral arrangements once the details are available.
SUNY Geneseo Women’s Basketball Coach Scott Hemer released the following statement:

The entire Geneseo women’s basketball family is deeply saddened by the tragic loss of our teammate, friend and sister. Words cannot express how devastating Savannah Williams’ death is to us all. A wonderful young woman with a very promising future, Savannah’s pride in being a part of our program was contagious to everyone around her.

Having experienced the loss of a teammate less than one year ago doesn’t make Savannah’s passing any easier nor should it. At this point we will continue to remain strong together and be there for Savannah’s family during this extremely difficult time.  Our thoughts and condolences are with the entire Williams family.

Dougherty said that Deputies Mike Williams and Caleb Cutting were called to the scene from the Sheriff’s Forensic Identification Unit to reconstruct the collision. Undersheriff Matthew Bean and Chief Deputy Jason Yasso were called to the scene to assist the Forensic Identification Unit with the UAV (Unmanned Aerial Vehicle) for aerial video and still photos. Deputy David Richardson of the Sheriff’s Office Commercial Vehicle Unit responded for the truck inspection, assisted by NYS DOT Inspectors. Deputy Brandon Flickner, a certified Drug Recognition Expert, did perform an evaluation on the truck driver for any drug or alcohol impairment, which is standard procedure for a fatal collision.

Also assisting at the scene was the Geneseo Fire Department and ambulance, along with Livingston County EMS.

The Chenango County Sheriff’s Office based in Norwich, NY, assisted in the investigation. 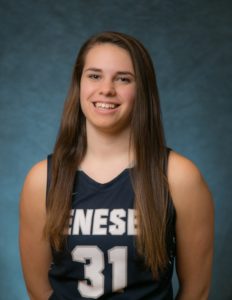 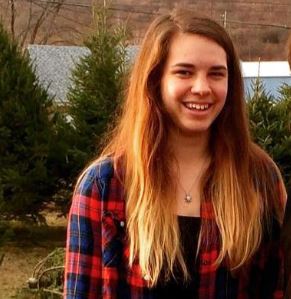