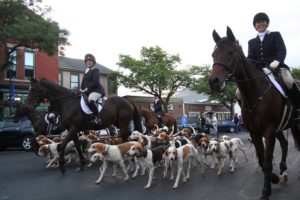 There are two Fall events that many people think of as The Hunt, referring to the Genesee Valley Hunt (GVH).

The Opening Meet, which marks the beginning of the formal foxhunting season, is traditionally the last Saturday in September, when hunt staff, hounds and subscribers meet on the east lawn of the Wadsworth Homestead at the south end of Geneseo’s Main Street at 7:30 a.m. and proceed through town to the Hartford House driveway and on from there into the countryside north of the village.

This year, however, that will take place this coming Saturday, Sept. 23. It is a wonderful opportunity for folks to see riders of all ages on all kinds of mounts carrying on a long-held tradition that began in 1976, which in addition to being our nation’s bicentennial anniversary, was also the 100th anniversary of the GVH.

The GVH is the oldest recognized hunt in this country that is still hunting its original territory. And no, the point of the sport is not to kill foxes, which happens rarely. But that is a bigger topic.

The other local happening that is often referred to as The Hunt is the Genesee Valley Hunt Race Meet which is always on the second Saturday in October. Take note of the Horses, Hounds and Hoopla posters and ads. It is truly an amazing day of activities and offerings for one and all.

Hope to see you there! 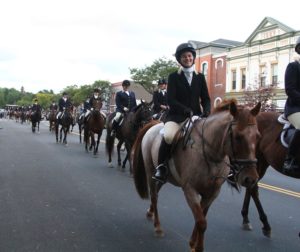 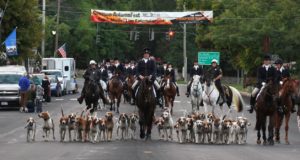