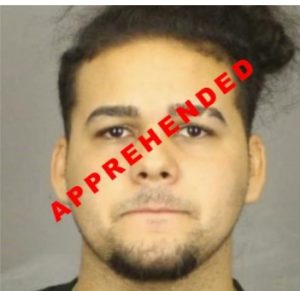 The United States Marshals Service announces the arrest of Felix Arroyo, 24, a Rochester resident, in the city of Carolina, Isla Verde Highway La Baldoriorty, Puerto Rico on Tuesday night. Arroyo was wanted on a warrant for Criminal Possession of a Controlled Substance 3rd and Criminal Possession of a Weapon 2nd issued by the Monroe Count Sheriff’s Office in August 2021.

On January 18, 2022, Arroyo was located after an extensive investigation by members of the US Marshals Task Force that indicated the fugitive fled to Puerto Rico. The US Marshals Task Force would like to recognize the outstanding investigative efforts by members of the Monroe County Sheriffs Office, New York State Police and the Rochester Police Department that led to the arrest of Arroyo