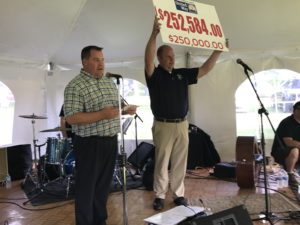 “There is still money coming in so the number could increase,” said Campaign Chair, Kevin Van Allen. “The money raised stays right here locally in Livingston County and goes to the 20 agencies who directly help families in our area.”

The announcement was made at Deer Run Winery who was hosting an American Red Cross fundraiser as part of their 2017 Summer Concert Series.

“We’re never surprised by the generosity of the companies and their employees in Livingston County,” said campaign co-chair Eric Gott. “United Way of Livingston County programs quietly support many people some of which are our friends and neighbors and we might not even be aware that they are receiving help.”

Gott went on to thank Karen Rumfola, the United Way of Livingston County Director, and the Board of Directors for all of their hard work.

Gott and his wife Julie will co-chair the 2018 campaign.

The Kuyon family, who owns Deer Run Winery, was recognized by the American Red Cross for their generosity in hosting the event for over 5 years. 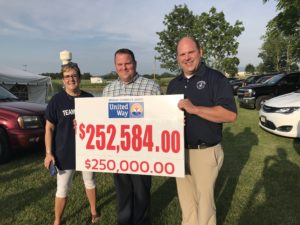 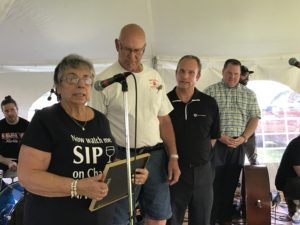