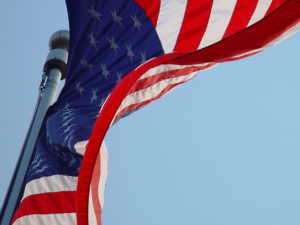 GENESEO – Congress will bestow the highest civilian honor in the United States upon four unrecognized Tuskegee Airmen at the National Warplane Museum in Geneseo this Veterans Day.

Nine years ago, the U.S. minted one solid Congressional Gold Medal for all 16,000 to 19,000 of the Tuskegee Airmen, America’s first black military aviation group, and intended to award every single Tuskegee Airman with a bronze replica at a ceremony at the U.S. Capitol Rotunda on March 29, 2007. But there are still Tuskegee Airmen, some living and some not, who never received their medal.

“This is very exciting, very exciting, to have a ceremony for these gentlemen who were missed,” said Michael Joseph, a chapter historian of Tuskegee Airmen Inc. “The White House ceremony was not until 2007. It was something what came along relatively late so it was not unusual for families of those who passed before 2007 to be missed. Their families just weren’t engaged. But two of these men are living, and never received it.”

Two of the Tuskegee Airmen will attend the ceremony in person, and two will receive the award posthumously. Though all of their names, for now, are kept secret, the National Warplane Museum confirmed that all four are from Western New York.

The award represents achievements that impact American history and culture in ways that are likely to be recognized as major achievements in the awardees’ field long after their achievements. It is an equal honor to the Presidential Medal of Freedom.

Congressman Chris Collins will take the lead in the ceremony. He and the awardees will assemble at the Museum on Big Tree Road in Geneseo at 11 a.m. on Nov. 11. The public is invited and encouraged to attend. The Museum asks that all members of the public arrive by 11 a.m. so that the ceremony can begin on time shortly thereafter.

“There is some ceremony to being officially conferred a medal by a member of Congress or an appropriate member of government,” said Joseph.

Continue to follow the GeneseeSun.com for further details as the ceremony approaches.