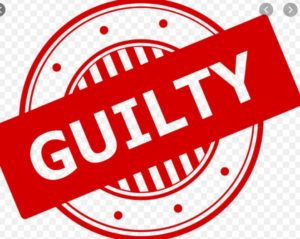 U.S. Attorney James P. Kennedy, Jr. announced today that two defendants pleaded guilty before U.S. District Judge David G. Larimer for their roles in violent protests held in the City of Rochester in May 2020. Shakell Sanks and Mackenzie Drechsler pleaded guilty to rioting and face a maximum penalty of five years in prison and a $250,000 fine. Following her plea, Judge Larimer ordered defendant Drechsler to be held in custody until sentencing stating that she is a danger to the community based on her conduct during the violent protests.

“These defendants, like all of us, enjoy certain rights under our Constitution, including the right to assemble and the right to speak freely,” stated U.S. Attorney Kennedy. “Rioting, the setting of fires, and the destruction of property, however, are not constitutionally protected activities. They are crimes. The proceedings before Judge Larimer should serve as a reminder to those who commit crimes that when you do so you may ultimately forfeit your most precious constitutional right—your right to liberty.”

Assistant U.S. Attorneys Brett A. Harvey and Cassie M. Kocher, who are handling the cases, stated that on May 30, 2020, Rochester Police Department (RPD) officers were assigned to assist with crowd control during protests scheduled at the Public Safety Building (PSB) on Exchange Boulevard. During the late-afternoon/early evening, those protests, being held in response to the death of George Floyd in Minneapolis, Minnesota, turned violent and resulted in vandalism, damaged property, looting, and fires.

At approximately 6:00 p.m. on May 30th in downtown Rochester, Sanks and Dreschler assisted others in attempting to light fabric on fire. The fabric was stuffed into the gas tank of a parked car belonging to the City of Rochester Family Crisis Intervention Team (FACIT). At approximately 6:20 p.m., the FACIT car began to smoke and shortly thereafter became engulfed in flames. The car was a total loss. Dreschler also set fire to an official vehicle owned by the New York State Attorney General’s Office, after crouching down, placing cardboard inside the vehicle and then walking away. Approximately one minute later, smoke began billowing from the car, and as the fire grew, the car became engulfed in flames. The car was a total loss. Following her actions in the burning of the two cars, Drechsler also participated in breaking glass during looting that took place.