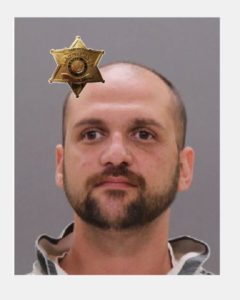 On November 2, 2021 at approximately 9:20pm, Deputy Justin Hilt was assigned to the Sheriff’s Office STOP  DWI Unit when he conducted a traffic stop with a vehicle on Lakeville Road, in the Town of Avon, for a violation of the NYS Vehicle and Traffic Law. While attempting to get the vehicle to pull over, it is alleged that  the Deputy Sheriff did observe the driver and the front passenger of the vehicle switching seat positions while  the vehicle was still in motion. The vehicle did then comply with the Deputy and pulled over.

Padilla was arrested and charged with felony Driving While Intoxicated and felony Aggravated Unlicensed  Operation of a Motor Vehicle in the 1st Degree, as well additional Violations of the NYS Vehicle & Traffic  Law.

Towne was charged with misdemeanor Aggravated Driving While Intoxicated.

Both Padilla and Towne were turned over to Central Booking Deputies at the Livingston County Jail for  processing and pre-arraignment detention. The offenses did qualify for arraignment as the Judge can invoke  driving restrictions however, the Judge cannot set bail under the NYS Justice Reform Act.

Padilla and Towne were later arraigned at the Livingston County Centralized Arraignment Part (LC-CAP) at the  Livingston County Jail before Town of North Dansville Justice David Werth. The Judge did release each of  them on their own recognizance, per the law, and Deputies did set them free.