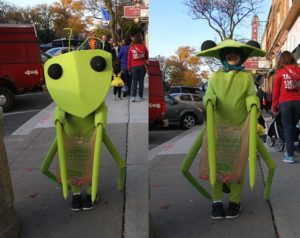 GENESEO – Monday night’s Halloween parade and trick-or-treating brought terrifying, cute and hilarious monsters into the village to haunt and charm the side streets.

A convincing praying mantis, firery-eyed dragon and famous blow-up t-rex were among many, many fun and creative costumes. Giraffes, cowardly lions and even the elusive Waldo himself made an appearance.

The houses were as ready as ever for the excited young monsters. Some were intricately scary, some were classically festive. All were warmly lit and inviting to the spirit of Halloween.

Geneseo Police Officers, Livingston County Sheriff’s Deputies and Geneseo Fire and Ambulance members enjoyed the parade with the kids and handed out candy. Some had to leave Main Street early to help at the scene of a rollover accident that happened at Wendy’s about eight minutes after the parade started. Parading families were kept safe by the closure of Main Street at North and South Streets.

The parade procession down Main Street ended with a couple of laps around the fountain and a Halloween festival by Christ Community Church with snacks, a campfire, bounce house, pony rides and free candy and a tour of a real police car from Geneseo Police Officer and School Resource Officer Dylan DiPasquale.

Enjoy these photos and Happy Halloween from the GeneseeSun.com! 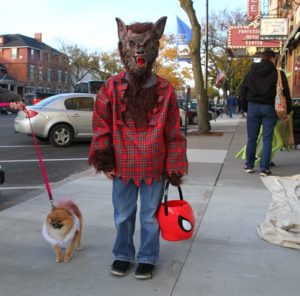 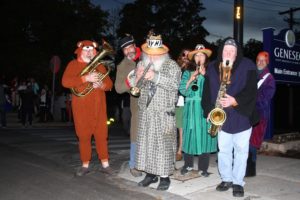 Here comes trouble…Geneseo’s favorite musicians, including the Big B Buzzo himself, led the parade. (Photo/Conrad Baker) 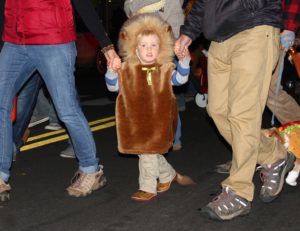 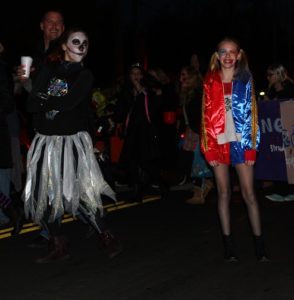 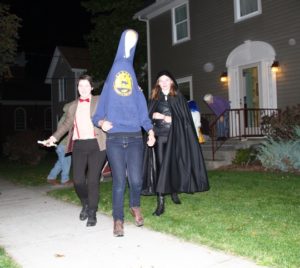 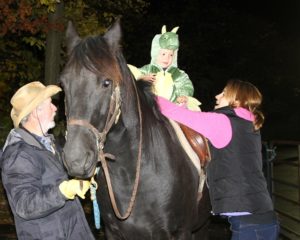 A ride on a ghostly black horse on Halloween. What could be better? (Photo/Conrad Baker) 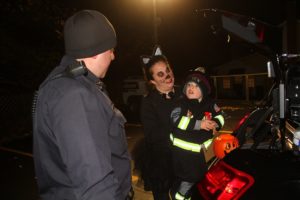 Officer DiPasquale shares some candy with a a young firefighter. (Photo/Conrad Baker) 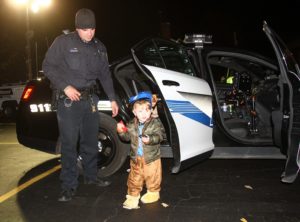 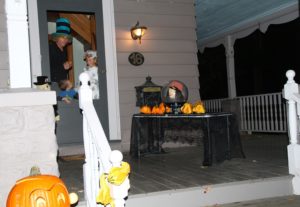 Houses’ costumes are as much fun as the kids’. (Photo/Conrad Baker) 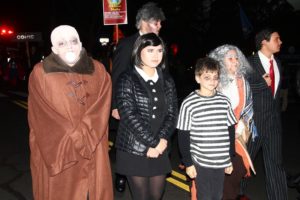