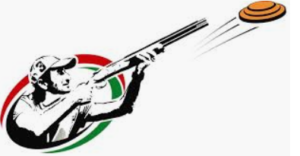 When the New York State legislature passed a new gun law last summer in the wake of the Buffalo Tops shooting, the latest New York State gun law, effective Sept. 1,  said that guns were not allowed in “sensitive areas” where people gather or in games.  Online petitions were immediately put up, hoping to enable trap shooting, a popular famoushool team sport and a sport designed to have hunters improve the accuracy of aim when they are in the field. Athletes’ clubs, of which there are many in our reading area, were dismayed at the new law since fall trap shooting contests were already planned for the high school trap shooting teams (which usually used athletes’ club grounds for games), as well as other trap contests which not only draw business but also provide practice for hunters wishing to practice before actually going hunting in woods and fields this fall.

A law before the legislature now seeks to clarify the issue, but until then, State Police have announced that they will interpret trap shooting as part of the sporting event of hunting. Hunting is allowed under New York State gun laws.

According to Assemblywoman Marjorie Byrnes, the State Police have stated that they are interpreting the “sporting events” at sportsmen’s clubs to be hunting (which is an exception to the law).  “This is not what the law or the sponsor said on the assembly floor, but this is how the State Police will interpret it.   There are bills introduced into both the assembly and senate to clarify this area of law…” but right now, both the DEC newsletters and the state police are supporting trap shooting contests as part of the hunting sport.