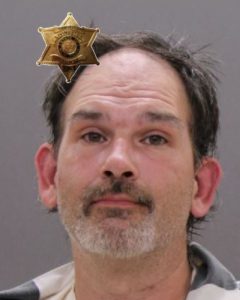 On September 5th, 2021 at about 4:30pm Deputy Caleb Nellis was assigned to the Sheriff’s Office STOP DWI Unit when he  conducted a traffic stop on Lakeville Road, in the Town of Avon, for a violation of the NYS Vehicle & Traffic Law.

The traffic stop resulted in an investigation and the subsequent arrest of Allen R. Russell Jr, age 41 of Geneseo NY, on charges of  felony Driving While Ability Impaired by Drugs and felony Aggravated Unlicensed Operation in the First Degree.  The investigation also revealed that Russell was in possession of a quantity of suspected crack cocaine, which was sent to a forensic  lab for testing.

The lab results did return, confirming that the suspected narcotics tested positive for cocaine, with an aggregate weight of 1.713  grams.

On November 12th, 2021, Russell was arrested and additionally charged with felony Criminal Possession of a Controlled Substance in  the Fifth Degree.

Russell was turned over to Central Booking Deputies at the Livingston County Jail for processing and pre-arraignment detention. The  District Attorney’s Office was contacted in regards to bail due to the felony level charges. It was recommended that Russell be  released on his own recognizance as the charges do not qualify for bail under the NYS Justice Reform Act.

Assisting with the investigation for the Sheriff’s Office was Deputy Justin Hilt.