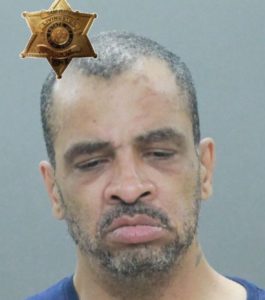 On July 7, 2020 at approximately 9:30 p.m., Investigator Shawn Whitford was assigned to the Police Traffic Services (PTS) Grant Program when he stopped a vehicle on Interstate 390 for a violation of the NYS Vehicle and Traffic Law.

The operator of the vehicle identified himself as Anthony Vega, however, he did not have any form of identification to show this was his identity.

Through the course of the roadside investigation, the Sheriff’s Investigator suspected that Vega had provided a false name and that was also under the influence of drugs. Deputy Michael Phillips of the STOP DWI Unit was requested to the scene and a DWI investigation was conducted. Vega did submit to a set of standardized field sobriety tests which he did not perform as instructed. Vega complained of a medical issue and an ambulance responded to evaluate him, ultimately transporting Vega to the Hospital for further evaluation.

Deputy Phillips followed the ambulance to the hospital and Vega was asked to submit to a blood draw to test his blood alcohol content (BAC) and to determine what drugs he was under the influence of, however, Vega refused.

At the conclusion of Vega’s medical treatment, he was placed under arrest and charged with Driving While Ability Impaired by Drugs. Vega was brought to the Livingston County Jail where his true identity was found to be David J. Vega of Batavia NY. A check of Vega’s driving record showed that his license was suspended 31 times on 21 dates. Vega was charged with Felony Aggravated Unlicensed Operation in the First Degree due to the suspensions. Vega was also charged with Criminal Impersonation in the 2nd Degree (class A misdemeanor) for providing a false name to the investigating Deputy Sheriffs. Vega was turned over to Central Booking Deputies at the Livingston County Jail for processing and pre-arraignment detention. Under the NYS Justice Reform Act, the charges qualify for arraignment as the Judge can impose driving restrictions, however, the Judge cannot set bail.

A passenger in the vehicle originally identified herself as Ashley McWilliams, however, she later admitted that her real name was Jennifer Hogan from Batavia NY. Hogan was found to have an active warrant out of Batavia for Robbery in the 2nd Degree.

Hogan was arrested for Criminal Impersonation in the 2nd Degree by Deputy Chad Eaton and transported to the Livingston County Jail for arrest processing. Hogan was issued an Appearance ticket to appear at a later date as the charge also was not bail eligible per the new law. Hogan was transported to Pavilion where she was turned over to the Batavia Police Department on their robbery warrant.