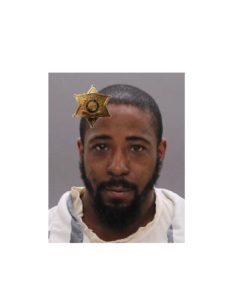 On July 13, 2022 Sheriff’s Investigator Shawn Whitford was assigned to the Sheriff’s Office Operation Safe Interstate when he conducted a traffic stop on Interstate 390 for a violation of the NYS Vehicle and Traffic law.  The operator of the vehicle was identified as Sherquan J. Dunham, age 32, from Rochester NY.  During the stop the Investigator learned that Dunham had an active order of protection and that the protected party was inside the vehicle.

Dunham was arrested for Criminal Contempt in the Second Degree. It was also discovered that Dunham had been previously convicted of the crime of Assault in the Third Degree within the previous five years, so Dunham was also charged with felony Aggravated Family Offense. A person is guilty of an Aggravated Family Offense when he commits a specified misdemeanor family offense and has been convicted of one or more specified offenses within the immediately preceding five years. Dunham was also charged with multiple violations of the NYS Vehicle and Traffic Law.

Dunham was transported and turned over to Central Booking Deputies at the Livingston County Jail for processing and pre-arraignment detention. The District Attorney’s Office was contacted in regards to bail due to the felony level charges for Dunham. It was recommended that bail be set at $2,500 cash/credit or $5,000 bond.

Assisting with the investigation was Deputy Hilt of the Patrol Division.