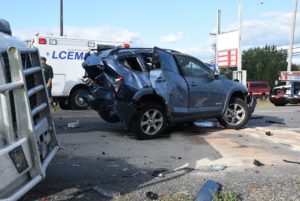 According to first responders at the scene, all three vehicles were southbound on 63 when a chain-reaction rear-end collision crushed the vehicle between both trucks at about 4:26 p.m.

The driver of the SUV was conscious, alert and breathing when firefighters freed her from the vehicle and took her to an ambulance while she was lying on a board.

The two truck drivers were uninjured.

The Livingston County Sheriff’s Office is reconstructing and investigating the accident.

As of 5:20 p.m., both north and southbound traffic on 63 is being rerouted at Retsof Road.

The York Fire Department responded to the scene alongside Livingston County EMS. 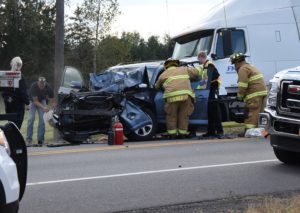 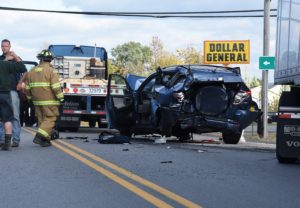 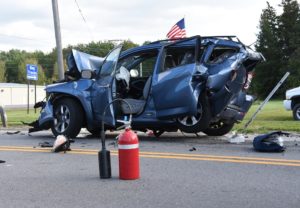