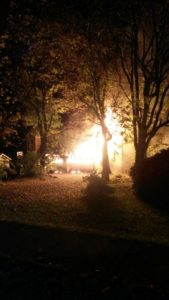 GENESEO – Flames rose almost above the trees early Thursday morning as an expanded two-bay garage burned almost to the ground.

According to an eyewitness, the fire started quietly and slowly built to a roar.

“I was trying to sleep when I hear this crackling, sounded like ice cracking, almost a popping sound,” said Dominic Friscia, who lives just across Prospect Street. “I look out my bedroom window and wow, the flames are towering almost above the trees! I called 911 and then called my girlfriend because I just had to call someone.”

Kevin Niedermaier, Director for the Livingston County Office of Emergency Management, said that the garage had two bays for two cars, but had been expanded by the owner, a talented woodworker. It included a full woodworking shop for building furniture, with tools, paints, lacquers and stains. A staircase led to a custom-sided tower and upstairs room. A furnished billiard room with a full-sized pool table stood to one side.

“Pretty much everything is gone,” said Niedermaier.

One car inside the garage was completely burned, and three others a few feet away had melted plastic and burned paint.

“A neighbor said they felt the heat at their barn several hundred feet away on Prospect Street,” said Niedermaier.

Only a small weather vane on the very top of the garage’s custom-sided tower was saved.

Geneseo Police Sgt. Dana Carson was first to the scene. Geneseo Fire and Ambulance Chief Andrew Chanler arrived with multiple Geneseo fire trucks, an ambulance. Multiple members of the Geneseo Police Department and Livingston County Sheriff’s Office were at the scene. Fire investigators stayed at the scene until nearly 8:50 a.m. 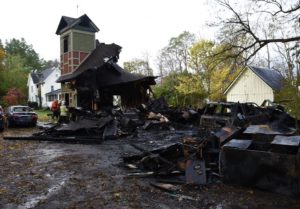 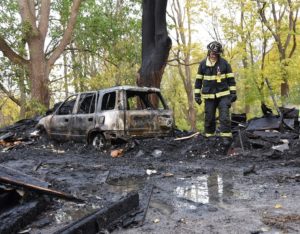 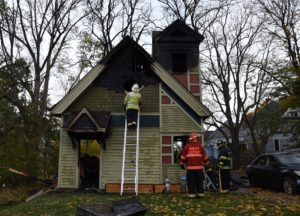 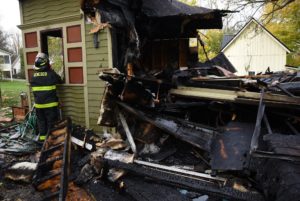 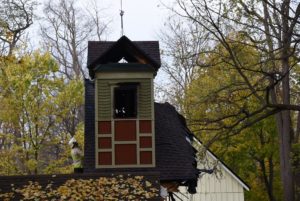 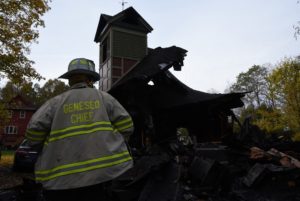 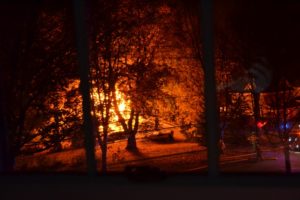