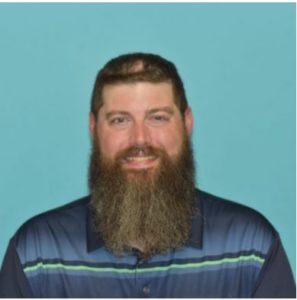 Tops Friendly Markets, a leading full-service grocery retailer in New York, northern Pennsylvania, and Vermont, is pleased to announce the recognition of Justin Rowe, category business manager for Tops as one of Produce Business 40 Under 40 award honorees.  This program spotlights rising entrepreneurs and leaders who have shaped the produce industry in a very short time and are paving the way for what comes next.

Produce Business notes that “this year’s winners illustrate the strength and depth of the industry’s talent — and each one has demonstrated leadership growth and keen insight into building our industry. Individual candidates were contacted to discuss their key company, industry, community and personal accomplishments, sharing meaningful examples of their roles, as well as goals and aspirations.”

When asked, what advice would you give someone new to the produce industry Justin notes, “Remember we are just selling bananas and berries. Yes, it is stressful, and there will be moments when you think things can’t get any worse. However, keep things in perspective and maintain a positive attitude. Don’t get caught up in the daily wins and losses, as long as you and your company are moving in the right direction in the big picture, you will be just fine.”

Justin has been a part of the industry since 1999 where he began his career at Tops as a cashier. What started out as a part-time job after school quickly became a passion, and grew into a full-time career in 2004. During that period, he worked in almost every department within the store. In 2008, he accepted a position in operations management.

Having set a goal to reach the level of store manager by age 30, he accomplished it just before his 30th birthday in the summer of 2014. During his tenure as a store manager, he ran a variety of stores ranging from urban, suburban and rural locations. He was selected as a transition coordinator for various acquisitions Tops made over the years, and spent time in the Adirondack region when the company acquired several Grand Union locations and in the Hudson Valley when it acquired some Stop and Shop locations. In that role, he led a team responsible for the onboarding, training and development of all transitioning associates.

Having gravitated to the fresh side of the business over the years, in 2018 he joined the Tops produce team as the category business manager of fruit and dry goods. He quickly embraced the produce way and had an immediate impact on sales, quality and variety as well as profitability. He has demonstrated an ability to convert sales into profits while growing households. Once the pandemic hit, he continued to drive sales and also creatively shifted the company’s product mix to what the consumer was looking for. He attended the United Fresh Produce Executive Development Program at Cornell University and earned a certificate in the Food Industry Management Program. He also attended the Penn State Leadership Academy in 2014 and was nominated for District Store Manager of the Year in 2017.  Justin resides with his family in York, NY.