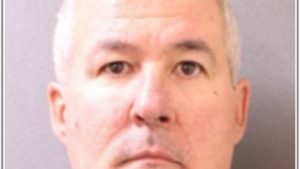 Canandaigua police have announced the arrest of Todd Smith, 51, of Canandaigua for the Oct. 23 “hit and run” accident on Canandaigua, on Main St., near Niagara Street.

The accident occurred as Edwin Wesley, 62,  was in the crosswalk, in a motorized wheelchair, attempting to cross The street.  He was hit BY A 1956 Ford pick up truck which immediately left after impact.  Wesley was airlifted to Strong Memorial Hospital, where he later died.

Police sought the recognizable classic truck and circulated pictures of it which were taken at the scene at the time of the accident. Three days later, they located the truck in a storage unit, with the aid of a search warrant.

Smith was charged with drunken driving, vehicular manslaughter, and leaving the scene of an accident that resulted in death. He was arraigned on Saturday, and remanded to the Ontario County Jail.