WEST SPARTA – A tipster helped the Livingston County Sheriff’s Office intercept a delivery of 20 marijuana plants on 390 and charge the driver with a misdemeanor and a violation.

According to a press release from Sheriff Thomas Dougherty, an online tip resulted in the arrest of Christopher Erbe, 53, of Rush, for Unlawful Growing of Cannabis as a misdemeanor under Public Health Law and Unlawful Possession of Marijuana as a violation under the Penal Law.

“I am very thankful for the person who took the time to make this tip,” said Dougherty. “When members of our community step up and give us information such as in this case, we always follow up on it and try our very best to intercept these drug transfers. For those that say ‘go find the harder drugs like heroin or cocaine,’ I would encourage you to come forward with information related to those drugs and we will gladly intercept those drug transfers; that is a promise.”

On Friday, May 19, 2017, the Livingston County Sheriff’s Office received an online tip at www.livingstoncounty.us/sheriff saying that a vehicle was carrying marijuana plants, possibly from the area of East Avon to the area of Arkport. The caller gave specific vehicle information and details to assist deputies.

At about 11:59 a.m. on May 19, Sheriff’s Road Patrol Captain Norm Zeh located the vehicle on 390 in the Town of West Sparta. The vehicle was stopped for a vehicle and traffic law violation and the operator was identified as Erbe.

Upon further investigation, it was discovered that Erbe had what are believed to be 20 small marihuana plants in his vehicle. Erbe was taken into custody, turned over to Central Booking Deputies at the Livingston County Jail for processing and released to appear in court at a later date.

“Anyone wishing to make a tip through the Livingston County Sheriff’s Office tipline please go to www.livingstoncounty.us/sheriff under the TAKE ACTION tab or you can call the Sheriff’s Office at 243-7100,” said Dougherty. 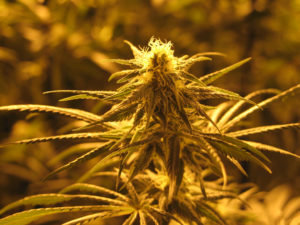