LIVINGSTON COUNTY — The Livingston County Sheriff Office arrested a Rochester man on a felony charge for allegedly driving while intoxicated with a child in the car.

On June 16, 2017 Deputy Bill Cartwright patrolled Interstate 390 to check on a vehicle reported to be traveling at a high rate of speed, swerving in and out of traffic, with a driver throwing a beer can out of the car.

The Dansville Police Department was requested to assist as they were in a better position to intercept the vehicle.  Officer Larry Burley stopped the vehicle in question on Interstate 390 and was quickly joined by Deputy Cartwright who conducted the investigation into the cause of the traffic complaint.

The Deputy Sheriff interviewed the driver, Jackson, and he believed alcohol was a factor. A roadside DWI investigation was launched which resulted in Jackson being arrested for Driving While Intoxicated. Jackson also had his three year old child in the car while he was operating which led to further felony charges.

Jackson was taken to Central Booking at the Livingston County Jail where he submitted to a breathalyzer test administered by Deputy Zach Scott of the Sheriff’s Office’s Jail Division.

The test showed that Jackson’s blood alcohol content was .18%.

Jackson was processed and held on pre-arraignment detention. The District Attorney’s Office recommended bail be set at $2,500 cash or $5,000 bond.

Jackson was later arraigned in the Town of West Sparta Court before Justice Mahany. The Judge did remand Jackson to the custody of the Sheriff on the recommended bail.

The child involved was turned over to a family member for care and Child Protective Services were advised for their own investigation. 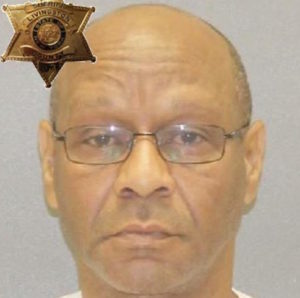