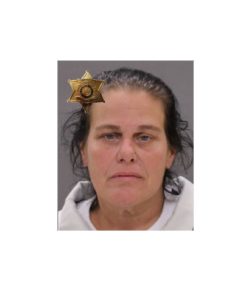 On August 18th, 2022 at about 7:30pm Deputy Jerry Pilkenton was assigned to the Sheriff’s Office  Operation Safe Interstate when he conducted a traffic stop on Interstate 390, in the Town of Avon, for  a violation of the NYS Vehicle and Traffic Law.

The operator of the vehicle was identified as Charlene A. Williams, age 49 from Bolivar, NY. Two  additional passengers in the vehicle were identified as Dwayne Motley, age 52, and Tyler Evans, age  26, both of Olean, NY. During the stop the Deputy Sheriff suspected the vehicle occupants to be  involved in drug activity which prompted a roadside drug investigation.

The investigation revealed the occupants were in possession of approximately one hundred and  seventy-eight (178) grams of Fentanyl, which was distributed into five hundred (500) individual  baggies, multiple digital scales and drug paraphernalia. Additionally, Motley was found to be in  possession of a quantity of crack cocaine and Evans was found to be in possession of thirty-five (35)  Suboxone strips which he did not have a prescription for. It is also alleged that Evans had attempted  to conceal physical evidence from Deputies during the investigation.

Williams was arrested and charged with two counts of felony Criminal Possession of a Controlled  Substance in the Third Degree.

All three individuals were transported and turned over to Central Booking Deputies at the Livingston  County Jail for processing and pre-arraignment detention. The District Attorney’s Office was  contacted in regards to bail due to the felony level charges. It was recommended that Motley be held  without the possibility of bail, due to having two prior felony convictions. It was recommended that  Evans be held on $5,000 cash or 10,000 bond, due to being on supervised Parole. It was  recommended that Williams be released on her own recognizance, as her charges do not qualify for  bail under the NYS Justice Reform Act as she isn’t on parole or probation, nor a two time convicted  felon or more.

All three individuals were later arraigned at the Livingston County Centralized Arraignment Part (LC CAP) at the Livingston County Jail before Town of Groveland Justice Bean. The Judge did remand  Motley to the custody of the Sheriff without bail. Evans was remanded to the custody of the Sheriff in  lieu of $5,000 dollars cash bail, or $7,500 partially secured bond. Williams was released on her own  recognizance, per the law, and released with a future court date provided.

Assisting on scene for the Sheriff’s Office were Sergeant Caleb Cutting and his K9 partner, KAI, as  well as several additional members of the Patrol Division.