LIVONIA – The dog passed away due to complications following an alleged kick to its leg by the formerly high-profile defendant in last year’s ‘clown’ incident at Vitale Park.

The Livingston County Sheriff’s Office arrested Christopher Hooper, 44, for misdemeanor Cruelty to Animals after the dog’s leg had to be amputated due to the injury. Now, Livingston County District Attorney Greg McCaffrey says he is reviewing the case to see if escalated charges are appropriate given the dog’s passing.

“I will review the file and case to see what is appropriate,” said McCaffrey.

The Sheriff’s Office investigation alleges that on or about Nov. 17, Hooper kicked his girlfriend’s brown terrier mix in the rear left leg, breaking its femur. The dog’s leg was subsequently amputated ‘due to the severity of the injuries.’

Investigators say Hooper kicked the dog ‘while trying to get it into the residence.’

Investigator Josh Monster made the arrest.

Livonia Town Justice Robert Lemen arraigned Hooper and ordered him held at the Livingston County Jail on $250 bail or $500 bond. The Justice issued a temporary order of protection.

Hooper is currently on parole for felony Attempted Assault in the Second Degree, for which he served more than two years. He was released from Midstate Correctional Facility in April 2016.

He was arrested by the Sheriff’s Office but had the charges dismissed by a judge following last year’s ‘creepy clown’ hoax at Vitale Park.

He is due back in court at a later date to face this animal cruelty charge. 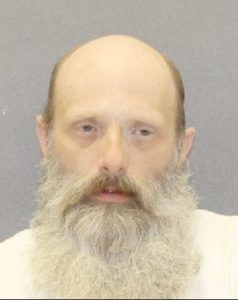