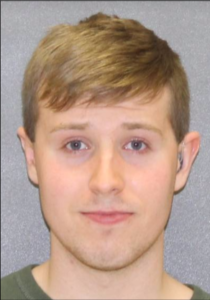 GENESEO – The Geneseo Police Department arrested a young man for allegedly possessing sexually explicit images of a child on his cell phone.

According to a press release from Geneseo Police Chief Eric Osganian, Darryle Briggs, 19, of Warsaw, was arrested for felony Possessing a Sexual Performance by a Child. Briggs’ Facebook profile indicates that he studies psychology at SUNY Geneseo, and the College confirms that Briggs is a student.

“Briggs went to our office himself and was initially very cooperative,” said Osganian. “The grandparents of a child in Missouri had apparently found out what was going on and messaged Briggs that they knew who he was and would be calling the police. We took Briggs into custody and the family did contact us later.”

The image allegedly depicts a young male believed to be less than 16 years old. Police do not believe that Briggs actually took the photograph or made any attempt to meet the boy. However, Geneseo Police and Western Regional Computer Lab in Buffalo are examining the phone and a laptop for further images, which could result in further charges.

“This is an ongoing investigation,” said Osganian. “Yes there could be further charges depending on the number of images and whether crossing state lines becomes a factor. So far, we are only charging him for one image in particular that we found.”

Geneseo Village Justice Thomas Bushnell arraigned Briggs and ordered him held at the Livingston County Jail on $1,000 cash or $2,000 bond. 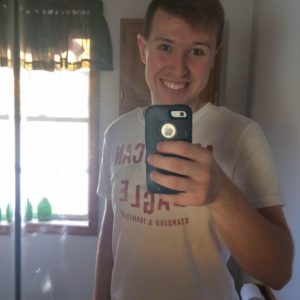