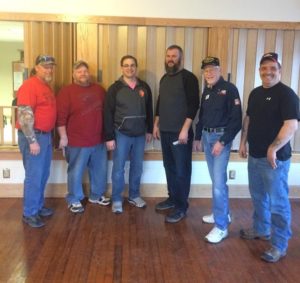 According to Ted’s Tackle, located in Lakeville, the February derby’s 525 anglers landed $8,340, which will be split in half and donated to two worthy causes: the Honor Flight of Rochester and the Myers Memorial Foundation.

“It was a nice little take for a small tournament,” said Ted Decker of Ted’s Tackle. “I couldn’t believe how well we did.”

Ted’s posted a ‘thank you’ to Facebook for the derby’s participants, sponsors and supporters:

The Conesus Lake Sportsmens Club provided their large venue to host the event and kept the bar running. Open G and Scrapple played the music live.