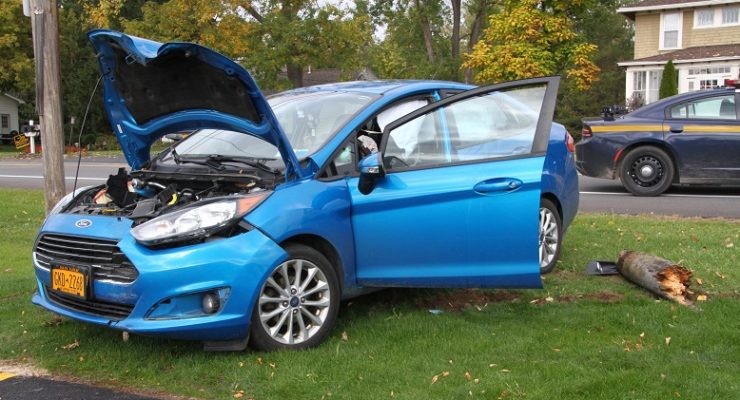 YORK – A vehicle broke out the bottom of a utility pole outside of York Central School late Wednesday morning. According to first responders on scene, the car was westbound on Rte. 63 (Genesee Street) when the driver lost control, crossed the oncoming lane, and crashed through the utility pole at about 11:20 a.m. The driver was checked for injuries in an ambulance and released at the scene. Even without the bottom two feet or so of the … END_OF_DOCUMENT_TOKEN_TO_BE_REPLACED