NORTH DANSVILLE — New York State Police arrested four  men after a vehicle stop resulted in felony drug charges. According to a press release from New York State Police Ryan Krupp, 33, of Wayland, Robert Dockstader, 33, of Cohocton, Ryan Privetts, 30, of Elmira and James Sick, 26, of Wayland for possession of crack cocaine and methamphetamine with the into to sell. The alleged cohorts were chased with criminal possession of a controlled … END_OF_DOCUMENT_TOKEN_TO_BE_REPLACED

WAYLAND – A Wayland teen last seen in the Village of Dansville is now missing. According to a press release from State Police Troop E Commander Major Richard Allen, Kathleen Miller (AKA Valerie Angel Amato), is a white female, 17 years of age, 5 feet 2 inches tall, weighing about 130 pounds. On Feb. 19 at approximately 9:28 a.m., the New York State Troopers from the Wayland barracks received a report that Miller was missing. She was last … END_OF_DOCUMENT_TOKEN_TO_BE_REPLACED 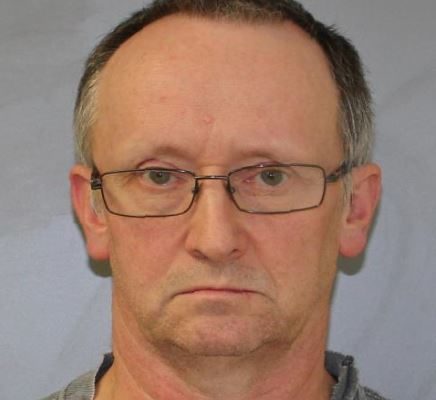 DANSVILLE – The Dansville Police Dapartment arrested a Wayland resident last Thursday for allegedly hauling off $3,000 of cigarettes. According to a press release from the Dansville Police Department, Katherine Kurtz, 57, was arrested for felony Grand Larceny in the Third Degree. Police arrested Kurtz after an investigation with a local business' Asset Protection Unit. Kurtz allegedly stole over $3,000 worth of cigarettes over the last few … END_OF_DOCUMENT_TOKEN_TO_BE_REPLACED 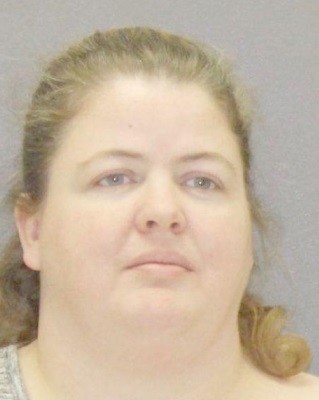 WAYLAND – The Livingston County Sheriff's Office arrested a Wayland resident for allegedly stealing a credit card from a Dansville home and using it at a Dansville store. According to a press release from Sheriff Thomas Dougherty, Laurina Dow, 37, was arrested for felony Grand Larceny in the Fourth Degree and felony Criminal Possession of Stolen Property in the Fourth Degree. On Feb. 18, Sheriff's Deputy Brittany Smyder responded to a … END_OF_DOCUMENT_TOKEN_TO_BE_REPLACED 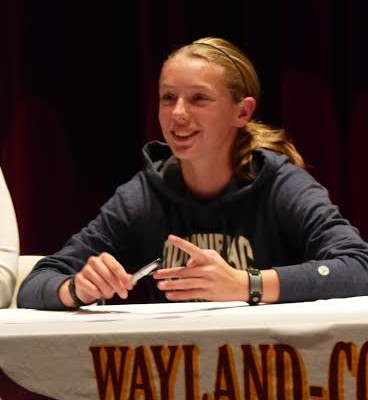 WAYLAND — Meghan Curtin's 35 Section V patches make her varsity jacket look like a trench coat, and have won her a full running scholarship to Quinnipiac University where she will major in molecular biology. Curtin signed a National Letter of Intent to attend Division 1 Quinnipiac University this past Friday to the cheers of teammates, coaches, students and faculty. “We are thrilled to have the addition of Meghan for our programs next … END_OF_DOCUMENT_TOKEN_TO_BE_REPLACED 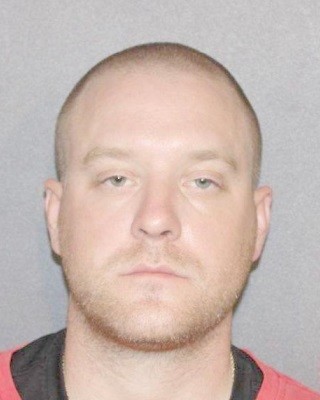 SPARTA – A Wayland man was arrested early Wednesday evening after he was found sitting behind the wheel on the shoulder of State Highway 256 in Sparta with his flashers on, allegedly intoxicated. According to a press release from Livingston County Sheriff Thomas Dougherty, Eric Schoenfeld, 32, was charged with Felony Driving While Intoxicated due to prior conviction within the past ten years, Driving While Intoxicated per se with a Blood … END_OF_DOCUMENT_TOKEN_TO_BE_REPLACED 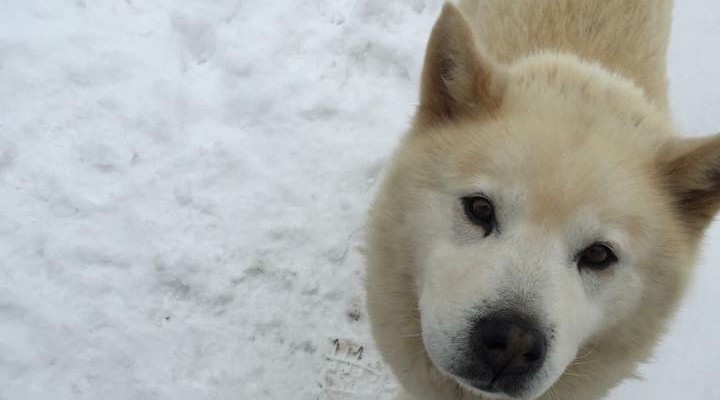 LIVINGSTON COUNTY – A man who was arrested and charged with animal cruelty for allegedly shooting his neighbor's dog as it peed on his yard made a court appearance on Tuesday accompanied by his lawyer, Raymond Sciarrino. Harold Bauer, 68, was charged with aggravated cruelty to animals, an E felony for allegedly shooting his neighbor's dog 'Marcus,' with a load of buckshot. The shooting occurred in Wayland just inside the Livingston County … END_OF_DOCUMENT_TOKEN_TO_BE_REPLACED 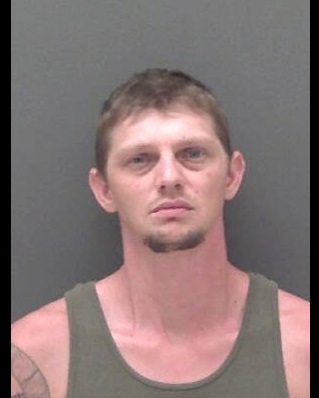 LIMA – A Wayland man was arrested for burglary by the Livingston County Sheriff's Office after he allegedly barged into the home of his ex-girlfriend, who had an order of protection against him, and fought with her. According to a press release from Sheriff Thomas Dougherty, Chad Malone, 33, was arrested for Burglary in the Second Degree, a class C Felony, Criminal Contempt in the First Degree, a class E Felony, Endangering the Welfare of a … END_OF_DOCUMENT_TOKEN_TO_BE_REPLACED 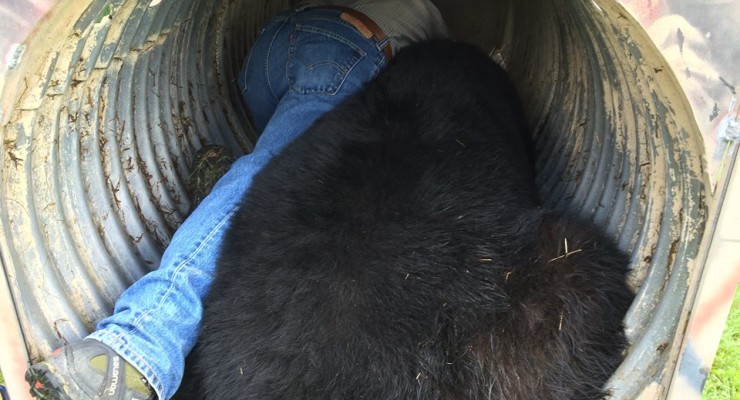 WAYLAND – When DEC wildlife technician Jeb McConnell walked up on this bruin black bear secured in a trap on Rte. 21, he knew it was the biggest bear he'd ever handled in his career, estimating at first that it weighed about 480 pounds. The boss bear actually tipped the scales at a whopping 560 pounds, and apparently knows how to use it. McConnell, 28, of Mount Morris, says the bear had repeatedly broken into a storage shed on Rte. 21, … END_OF_DOCUMENT_TOKEN_TO_BE_REPLACED