GENESEO — A Geneseo woman decided to use children to help her steal $380 of items from Walmart. According to a press release from the Geneseo Police Department, Samantha Irwin, 28, was charged with petit larceny and two counts of endangering the welfare of a child.  Allegedly, Irwin stole a variety of items including grocery items, Tylenol, benadryl, drain cleaner,  vitamins and Mike's Hard Lemonade. In all Irwin had 64 unpaid for items … END_OF_DOCUMENT_TOKEN_TO_BE_REPLACED

GENESEO — There's lots of magical ways to propose to a girl, and after an impressive dog food aisle proposal in Walmart, a Portage man sought to be a hero. Back in February of this year, Jacob Hicks, 37, was arrested for felony Attempted Arson in the Second Degree after starting a waste basket fire in the Geneseo Walmart. Today in court Hicks was sentenced to 1 and 1/2 to 3 years by Livingston County Judge Dennis Cohen for felony … END_OF_DOCUMENT_TOKEN_TO_BE_REPLACED 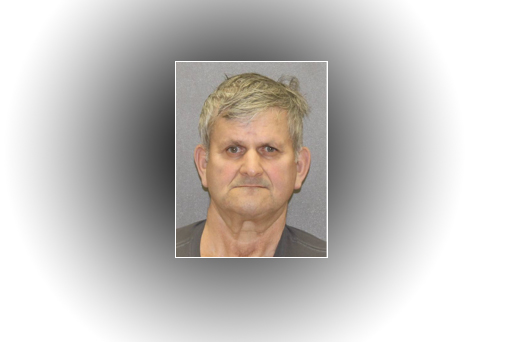 GENESEO — A man accused of gropping a woman at the Geneseo Walmart was arrested. Charles Belcher, 66, from Bloomfield was arrested on April 16th and charged with Forcible Touching after an alleged incident at the Geneseo Walmart. The search was on for the suspect started back on April 12th, Geneseo Police released surveillance footage from Walmart of a man accused of groping a woman, which led to his arrest. Belcher was arraigned in front … END_OF_DOCUMENT_TOKEN_TO_BE_REPLACED 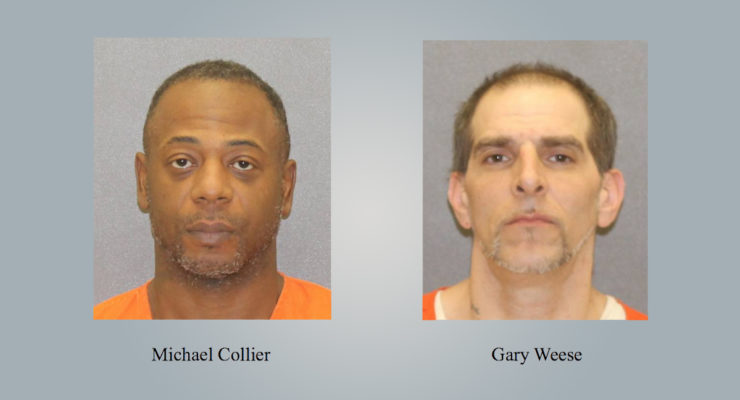 UPDATE: At 8:04 a.m. the Geneseo Walmart stated that there eggs were NOT part of the recall and that their eggs are from 'Cal-Main' foods. The lot numbers do match but there eggs are not part of the contaminated recall. They stated to call  1-888-254-4465 with any questions.  The GeneseeSun.com called the number where a voice mail from Cal-Main foods stated If your carton has p-1065 printed on the package they may have been handled by Rose … END_OF_DOCUMENT_TOKEN_TO_BE_REPLACED 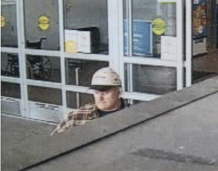 GENESEO — The Geneseo Police Department is seeking the publics help in identifying a forcible touching suspect after an incident that occurred at the Wallmart. According to a press release from Geneseo Police Chief Eric Osganian,  they received a forcible touching complaint that occurred at Wal-Mart on April 6 at around 4 p.m. "We were able to obtain still photos from Wal-Mart of the person of interest. The person is a white male, in his … END_OF_DOCUMENT_TOKEN_TO_BE_REPLACED

GENESEO – A minor garbage can fire in the bathroom at Walmart turned into an arson investigation and a felony arrest. According to a press release from Geneseo Police Chief Eric Osganian, Jacob Hicks, 37, was arrested for felony Attempted Arson in the Second Degree. "Walmart put the fire out before the Geneseo Fire Department even arrived," said Osganian. "But getting more into it, they felt that it was intentionally set, and the … END_OF_DOCUMENT_TOKEN_TO_BE_REPLACED

GENESEO – The Geneva resident who apparently left her I.D. at Walmart after taking off with over $2,000 in ink cartridges is now in police custody. According to a press release from Geneseo Police Chief Eric Osganian, Patricia Smith, 32, was charged with felony Grand Larceny in the Fourth Degree. "Smith was held at the Seneca County Jail on unrelated charges when they called us," said Osganian. "Having her I.D., a warrant was issued for her … END_OF_DOCUMENT_TOKEN_TO_BE_REPLACED

GENESEO – The Geneseo Police Department arrested a Piffard resident for allegedly pushing his way out of Walmart with several stolen DVD's. According to a press release from Geneseo Police Chief Eric Osganian, John Litolff, 32, was charged with Petit Larceny, which is a misdemeanor, and Harassment in the Second Degree, which is a violation. Officers responded to a shoplifting report and found that that Litolff stole $161.76 in DVD's. On … END_OF_DOCUMENT_TOKEN_TO_BE_REPLACED