CALEDONIA - The Caledonia-Mumford Raiders defeated the LeRoy Oatkan Knights 60-51 avenging their only loss of the season. Jon Boilard led the Raiders with 20 points and Vin Molisani added 17. Reese Tresco and Canyon Roster each had 15 points for the Oatkan Knights. According to MaxPreps Cal-Mum (16-1) is currently ranked 6th in the New York State Class 'C ' Division. The Raiders  will next host Letchworth and face the Indians on Feb. … END_OF_DOCUMENT_TOKEN_TO_BE_REPLACED

CALEODNIA — The Caledonia-Mumford Raiders defeated the Geneseo Blue Devils 67-47. Vin Molisani scored 24 points for the Raiders and Ian Lenhardt recorded the double-double with 15 points and 10 rebounds as the Raiders eared their 10th win of the season. "We played some better defense in the third quarter which allowed us to go in a nice run and extend the lead. Vinny played a great game for us scoring and defensively on Hamilton," stated … END_OF_DOCUMENT_TOKEN_TO_BE_REPLACED 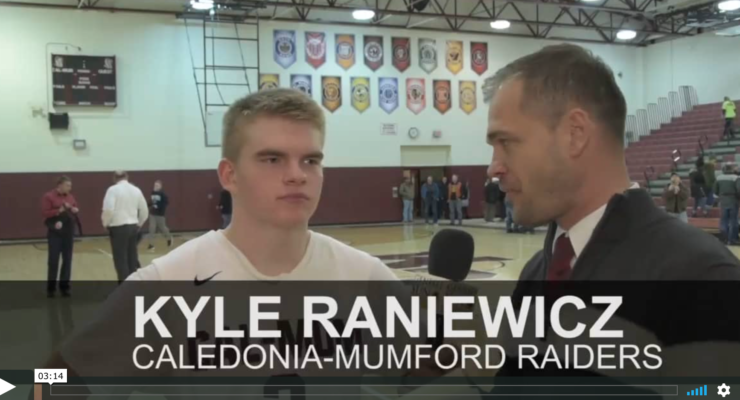 CALEDONIA — The Caledonia-Mumford Raiders defeated the Alexander Trojans 78-35 in the first round of the 2017 Caledonia-Mumford Christmas Tournament. Vin Molisani led the Raiders with 16 points and Kyle Raniewicz scored 14 points including two 3's. Since 2004 the two teams have met seven times met in the finals, with York winning the first four match-ups and Cal-Mum winning the last three. The championship game tip-off is set for 7 p.m. … END_OF_DOCUMENT_TOKEN_TO_BE_REPLACED 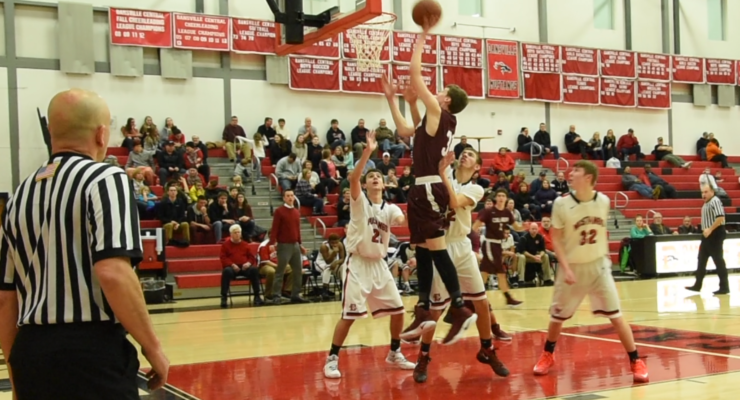 DANSVILLE — The Caledonia-Mumford Raiders defeated the Dansville Mustangs 60-33 rebounding from last Friday's loss to Avon. The Raiders were led by Vin Molisani who had 19 points and three 3-pointers.   The Raiders move to 7-3 and the Mustangs slide to 4-4. … END_OF_DOCUMENT_TOKEN_TO_BE_REPLACED