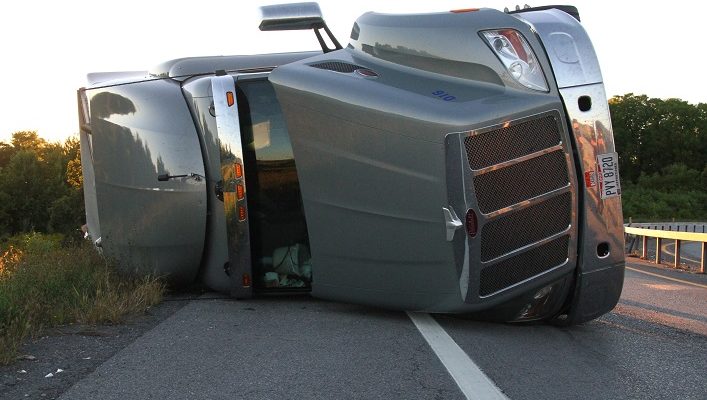 MOUNT MORRIS – A tractor trailer fell onto its side on the entrance ramp to 390 south Monday evening. The truck tipped over while trying to enter 390 southbound from Rte. 408 at about 6:30 p.m. The truck driver was not injured. He climbed out of the cab himself and called 911. He could be seen walking and talking with police officers at the scene. Traffic remained open on the ramp while police awaited tow equipment to arrive. Traffic … END_OF_DOCUMENT_TOKEN_TO_BE_REPLACED 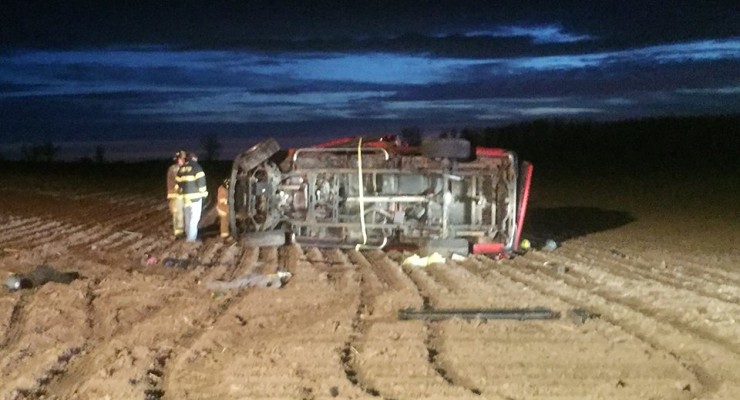 AVON – A pickup truck rolled over in a field off of Lake Road in the early hours of Friday morning. According to the East Avon Fire Department, the accident occurred at about 5:01 a.m. By the time first responders arrived on scene, the driver had exited the vehicle. The driver was transported to the hospital. Firefighters with the East Avon Fire Department responded to the scene alongside Avon Ambulance and the Livingston County … END_OF_DOCUMENT_TOKEN_TO_BE_REPLACED 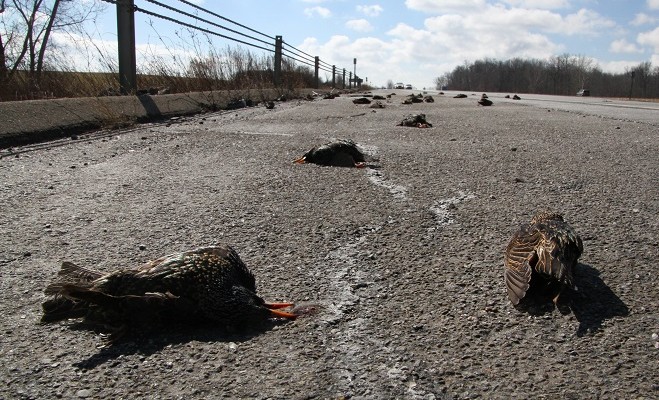 AVON – A local flock of starlings took a blow over the weekend when approximately 70 of its members were killed by a passing vehicle or vehicles on 390 in Avon. The odd scene left some drivers scratching their heads. Wildlife experts with the New York State Department of Environmental Conservation said that vehicle strikes on starlings are not unheard of and can take out numerous members of a flock at once. "Starlings are prone to mass … END_OF_DOCUMENT_TOKEN_TO_BE_REPLACED