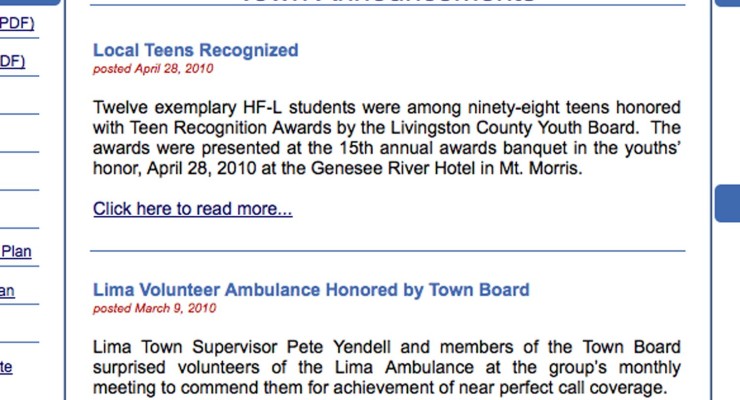 LIMA — The last time the Town of Lima updated their announcement page Apple had just announced this new nifty device called the ipad. According to the Town website as of April 18, 2015 the last posting on the announcement page was on April 28, 2010. The ipad was launched on April 3, 2010. The Town website  has announced that they will be moving the regularly scheduled Town Board meetings from 7 p.m. to 6 p.m. as to "provide additional time … END_OF_DOCUMENT_TOKEN_TO_BE_REPLACED