AVON - In boys soccer the Mount Morris Blue Devils defeated the Wheatland-Chili Wildcats 3-2 in the Section V Class D1 semi-finals. It was three first half goals by Collin young (Steven Soto), Josh Hart and Dylan Cicero (Josh Hart) that were enough for the victory. The third seeded Blue Devils will face fifth seeded Jasper-Troupsburg, who upset top-seeded Naples, in the finals in Cohocton on October 27th at 7:00 p.m. … END_OF_DOCUMENT_TOKEN_TO_BE_REPLACED 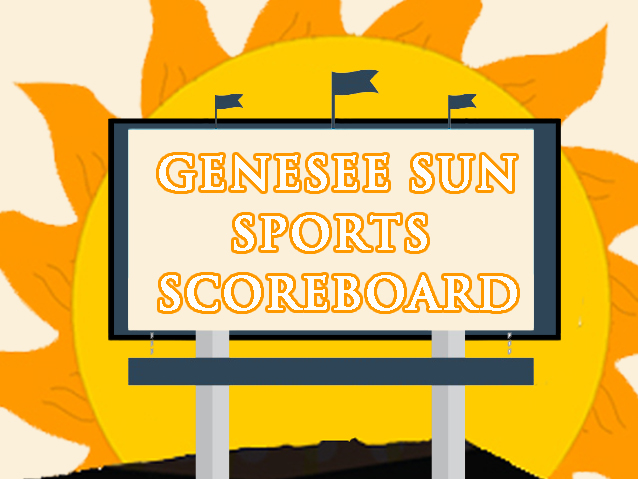 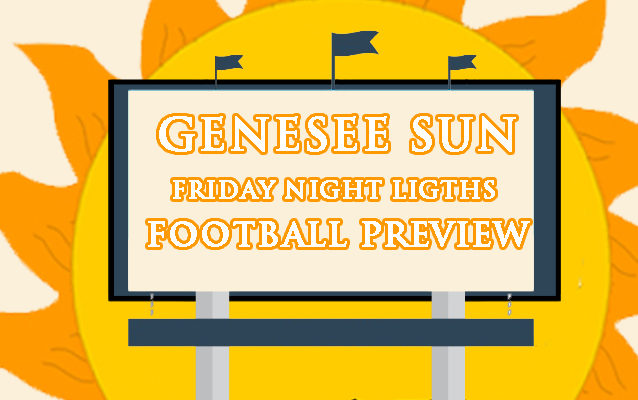 LIVINGSTON COUNTY — With 1 week remaining in the regular season teams have 1 game remaining to dial it in before sectionals. In Class B Hornell is the only team in Section V that remains undefeated and Livonia is right behind them with 1 loss.  In Livingston County DII LeRoy(5-1) is in first and overall in Section V Class C they are tied for 1st with 4 other teams. Take a look at the standings … END_OF_DOCUMENT_TOKEN_TO_BE_REPLACED

LIVINGSTON COUNTY — Here is your girls soccer standings going into the last week of regular season action. York, Avon and Hornell all remain atop their divisions. … END_OF_DOCUMENT_TOKEN_TO_BE_REPLACED

PAVILION — In girls soccer the Avon Braves defeated the Pavilion Golden Gophers 5-1. Katrina Yencer led the attack for the Braves with 3 goals and an assist. Yencer has 24 goals and 10 assists on the season. With two games remaining in the regular season the Braves (9-4-1) next face Warsaw Oct 10th and then close out the season agains LeRoy. … END_OF_DOCUMENT_TOKEN_TO_BE_REPLACED

CALEDONIA — In boys soccer the Geneseo Blue Devils defeated the Caledonia-Mumford Raiders 2-1 in overtime. Jack Gagnier (Nick Hammond) scored the game winning goal 7 minutes into overtime. Alex Kruger (Jack Gagnier) scored the earlier goal for the Blue Devils. Jonathan Boilard (Brandon Wilson) scored in the 1st half for the Raiders. Geneseo (5-6-1) next has four games remaining in the regular season and hosts Pavilion/York on October … END_OF_DOCUMENT_TOKEN_TO_BE_REPLACED

LIVINGSTON COUNTY — With a handful of games left in the regular season here is your boys soccer standings update for Livingston County. The County is broken down into three divisions. Bath-Haverling, Letchworth/Warsaw and Mount Morris lead their respective divisions. … END_OF_DOCUMENT_TOKEN_TO_BE_REPLACED

CALEDONIA — In girls soccer the Avon Braves defeated the Caledonia-Mumford Raiders 1-0. Katrina Yencer (Maddy Atwood) scored the lone goal of the game in the 41st minute of play. Abby Decillis blacked 15 shots recording the shutout for the Braves. The Braves (7-4-1) next face Letchworth October 3rd. … END_OF_DOCUMENT_TOKEN_TO_BE_REPLACED

HORNELL — The Hornell Raiders defeated the Livonia Bulldogs 3-2. Henrique Bolis, Taylor Stutzman and Kane Countryman scored goals for the Raiders.Tavian Hino scored 2 goals for the Bulldogs. Hornell (9-3) is the only team thats been able to beat the Bulldogs (13-2) this season. Next up for the Bulldogs will be the Dansville Mustangs October 4th. … END_OF_DOCUMENT_TOKEN_TO_BE_REPLACED