LIVINGSTON COUNTY — In court on Thursday Sharry Habberfield was sentenced to six years in state prison for assaulting a Livingston County Corrections Officer. In a courtroom packed with over 50 Livingston County Sheriff Deputies in support of the injured officer accepted the sentence for felony Assault while in a Correctional Facility. At the time of the assault she was being held on Grand Larceny charges and was facing 1-3 years. "I'm not … END_OF_DOCUMENT_TOKEN_TO_BE_REPLACED

LIVINGSTON COUNTY — A woman pled guilty to assaulting a Livingston County Corrections Officer and will serve six years in state prison. Sharry Habberfield appeared before Livingston County Judge Dennis Cohen alongside her attorney, Lindsay Quintilone where she accepted the deal which included five years of post release supervision and an order of protection for the deputy. "I took a pen cap to her," said Habberfield, whom at the time of the … END_OF_DOCUMENT_TOKEN_TO_BE_REPLACED 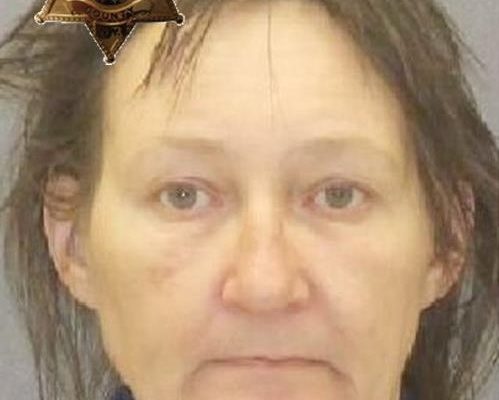 LIVINGSTON COUNTY – The Livonia woman suspected of driving off with a car and gun in late December is under arrest again for allegedly choking a deputy in jail and threatening to escape. According to a press release from Sheriff Thomas Dougherty, Sharry Habberfield, 53, was arrested for felony Assault on a Peace Officer, felony Assault in the Second Degree, and felony Attempted Escape in the First Degree. Habberfield was held at the … END_OF_DOCUMENT_TOKEN_TO_BE_REPLACED

LIVONIA – The Livingston County Sheriff's Office arrested a Livonia woman on felony charges for allegedly driving off with someone else's car, which contained a handgun. According to a press release from Livingston County Sheriff Thomas Dougherty, Sharry Habberfield, 53, was arrested for two counts of Grand Larceny in the Fourth Degree and one count of Criminal Possession of a Weapon in the Second Degree. The Sheriff reports that on Dec. … END_OF_DOCUMENT_TOKEN_TO_BE_REPLACED