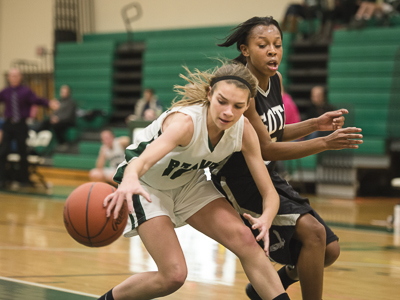 AVON — In a largely defensive battle, the Braves were victorious over the School of the Arts Silver Hawks, 46-25, in a Section V Girl’s Basketball matchup. Though the game was deadlocked through halftime, Avon broke away late in the second half, led by the strong play of guard Jill McEvoy, who finished with 12 points, 10 in the second half. The Braves rebounded strongly, and moved the ball around with precision, led by Kali Mouw’s six … END_OF_DOCUMENT_TOKEN_TO_BE_REPLACED