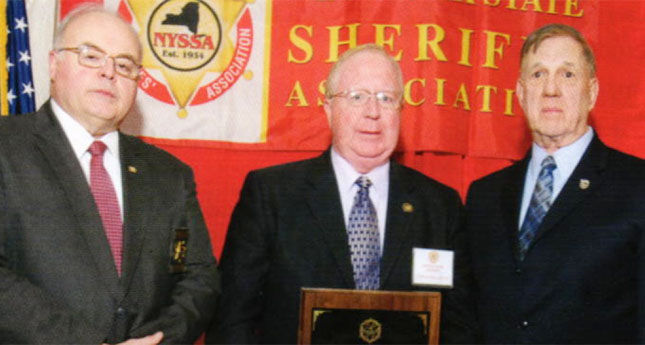 LIVINGSTON COUNTY — Sheriff John York, who is retiring after over 20 years of leading our county, was honored by the New York State Sheriffs' Association with their highest award, the Grover Cleveland Award.  Grover Cleveland was elected the President of the United States twice, but his political career first started when he was elected the Sheriff of Erie County in 1871 at the age of 33. "Sheriff York has the ability to lead by both … END_OF_DOCUMENT_TOKEN_TO_BE_REPLACED