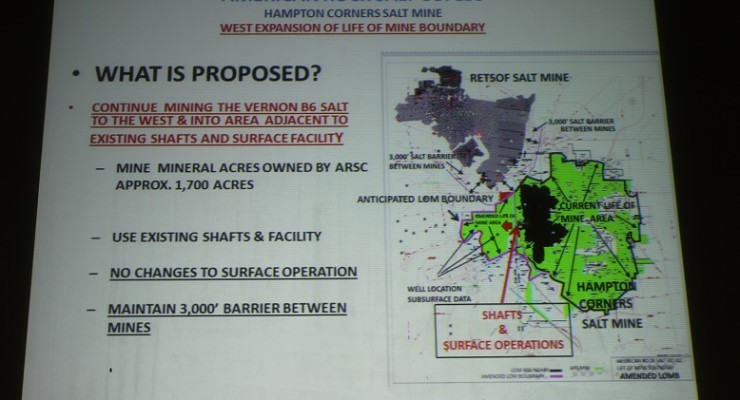 GROVELAND – American Rock Salt announced Thursday night that they are proposing plans to expand their Hampton Corners mine approximately 2.6 square miles west under the Genesee Valley. Bill Glynn, staff geologist at American Rock Salt, presented the mine's plans at a lecture at SUNY Geneseo. He said that an expansion would give American Rock Salt access to more of the salt that currently own, which will further secure the yields of the mine … END_OF_DOCUMENT_TOKEN_TO_BE_REPLACED